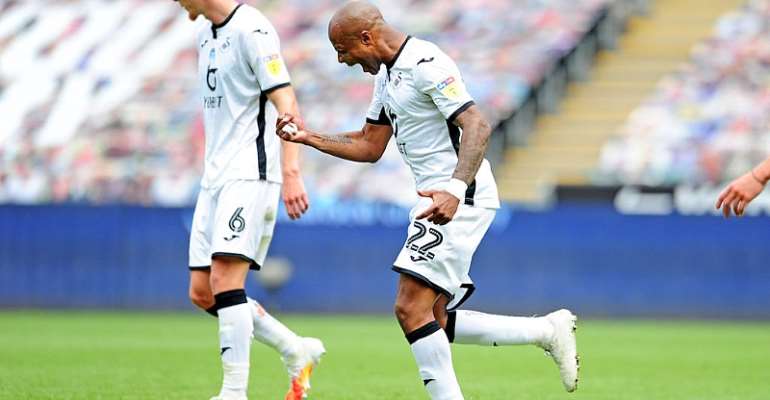 Ghana captain Andre Ayew has been named in English Championship team of the week by WhoScored.com.

The Ghana international was on target as Swansea City cruise to a win 2-1 over Sheffield Wednesday at the Liberty Stadium on Sunday.

Liverpool loanee, Rhian Brewster opened the scoring for the home side in the 52nd minute after a barren first half.

Ayew boldly elected himself to calmly convert a 66th-minute penalty to give Swansea City a 2-0 lead before Kosovo international Atdhe Nuhiu pulled one back for the visitors on stoppage time.

The win has boosted Swansea City's ambition for the playoff. The Swans now occupy the 8th position with 60 points.

The Ghanaian international has so far scored 16 goals in all competitions for Steve Cooper’s side this season.

Swansea City will be hosted by Birmingham City in teh English Championship on Wednesday.