Richarlison: Van Dijk Is Not One Of The World's Best Defenders 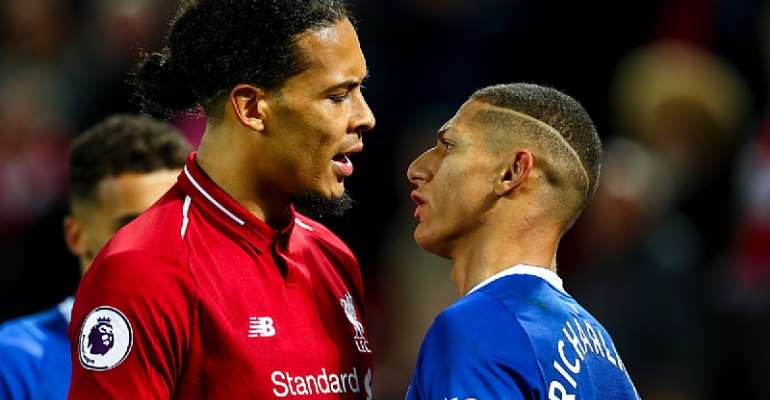 Everton forward Richarlison does not believe that Liverpool defender Virgil van Dijk is not one of the top three defenders in the world.

The city rivals are due to meet on Sunday in a game that was delayed by three months due to the coronavirus pandemic.

Speaking about Van Dijk, Richarlison claimed: "People talk a lot about him, yes he is a great defender but I’ve already dribbled past him.

"He was chosen as one of the top three in the world as he had an excellent season. But yes, for me there are better defenders."

Richarlison told the paper that fellow Brazilians Thiago Silva and Marquinhos - both currently at Paris Saint-Germain - were superior players, as was Real Madrid's Sergio Ramos.