I Am Open To Return To Football, Says Ghana Legend Richard Kingston 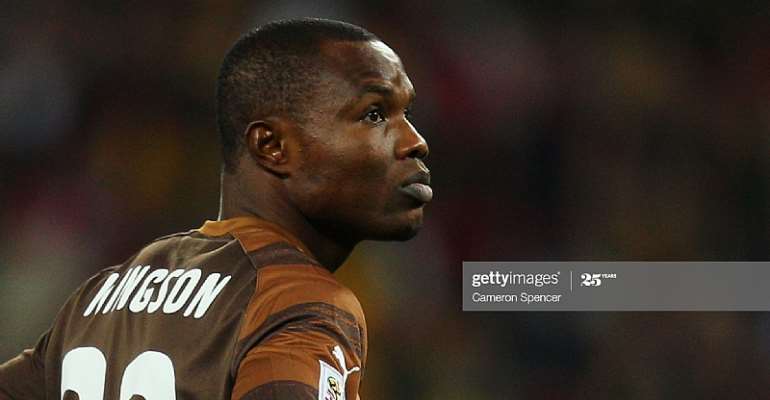 Former Ghana goalkeeper, Richard Kingson has said he is open to a return to active football four years after hanging his boots.

The former Accra Great Olympics, Wigan Atletic and Blackpool retired from football after the after 21 years illustrious career spanning from 1995 to 2016.

Speaking in an interview with Accra based Joy FM, the 41-year-old revealed three-year-old son is eager to see him play football actively.

"I have stopped playing but I can come back and play again because I want my son to see me playing.

Kingson was the first choice goalkeeper for the Black Stars at the 2006 and 2010 FIFA World Cups in Germany and South Africa respectively.

The former Galatasary shot-stopper achieved 90 caps for Ghana and scored once before his retirement.

At the 2019 Africa Cup of Nations in Egypt, Kingson was the goalkeepers' coach for the Black Stars.

'Olele' as he is widely known is currently the head coach of third-tier side Emmanuel FC in Ghana.