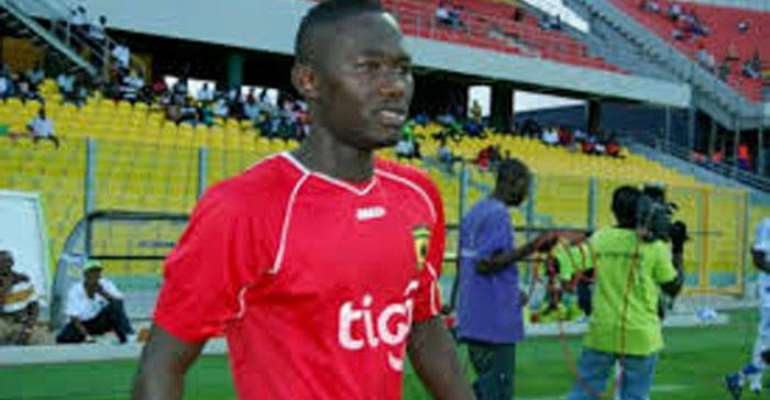 Former Asante Kotoko forward, Eric Bekoe has applauded veteran trainer, Bashiru Hayford for his influence on his career describing him as the best coach he has ever worked with.

Bekoe was a kingpin during days in the Ghana Premier League.

However, the former Tudu Mighty Jeys forward in an interview with Luv FM said his former trainer is not just a coach but a teacher.

“Let me first salute Bashiru Hayford. He was a coach, teacher and more than a friend. He was a father and psychologist as well,” he said.

According to Bekoe, the former Ashgold trainer inspired him and other colleagues during his playing days at Asante Kotoko.

“If I have a problem I first go to the coach and explain to him. He will say Bekoe you are not here to make money, you are just passing through, leave a legacy and eat around it.

“It’s just about three words and is done. He’s a teacher by profession and he brings it into football as well,” says Bekoe.

Despite the praise, Bashiru Hayford has had some confrontations, especially with the media. But Bekoe believes people misinterpret his actions.

“Forget about his life outside football especially with the fans. It’s not everybody that is familiar with the media but on the field of play what one brings on board is what Bashiru Hayford is all about all the time,” he said.

He said even when there are deep cracks within the team, it never made headlines because Mr Hayford ensured that “it was well managed.”