Today’s Decider Against USA , Do It, Stars 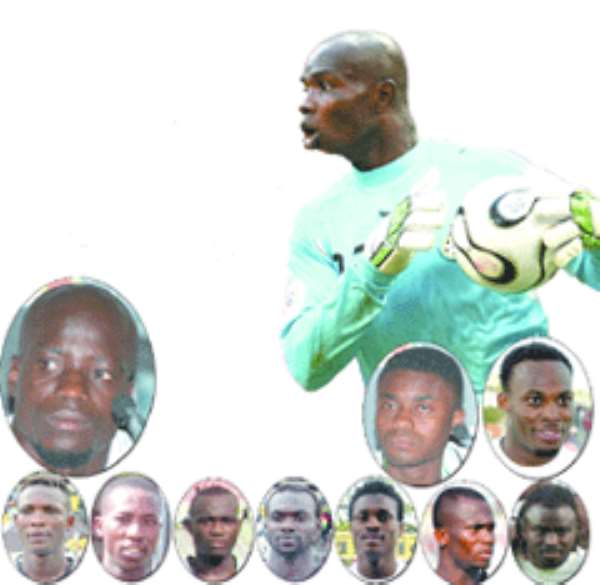 Ghanaians everywhere in the world will be up today in prayer for the Black Stars to see off the USA at the World Cup in furtherance of Ghana's own ambitions at the tournament — qualify for the knockout round of 16.

This is an ambition that has to be realised, should be realised and must be realised by the young men who last Saturday tore the footballing world of the Czech Republic to shreds.

But hold it. We all have seen such an ambition fizzle out before, when the adulations and expectations were highest. Not once, but twice on the trot this millenium.

It happened at the last Olympics in Greece and it came full circle again at the last Nations Cup in Egypt when last matches that could have promoted the nation's progress at these tournaments were truncated when it mattered most.

The Black Stars cannot let this happen to the nation for a consecutive third time, lest it becomes an abberration, an abomination and, indeed, a plague to Ghana football at the highest stage.

When the players moved out of their Wurzburg camp yesterday for Nuremberg where this epoch-making event waits to be enacted, the confidence they exuded convinced me the hurly-burly would be done.

Already fired up, and in the mood for conquest, these are the views of Doya's probable line-up for today's assignment against the Yankees:

Richard Kingston: I know much will be expected of me today as always and I hope it will be another good day to help our forward march at the World Cup.

John Paintsil: I will defend my zone as well as help in the buil-up of the attack as has been my style.

At the end of it all, we will score the goals, win the match and celebrate with my colleagues. But no more celebration with an Israeli flag, I must once more apologise for that.

Habib Mohammed: I am happy to be playing for my nation at this level, and I thank the coach for giving me the chance. Once again I will not disappoint him in this game of our lives.

John Mensah: The US team is not one to be underrated as people think.

The players are physical and fast on the ball, and one needs a cool head to stop them in their tracks. It is a responsibility on me to marshall the defence and I will do just that.

Illiasu Alhassan: I must thank the coach for the confidence he has reposed in me.

I believe much will be expected of me in the crucial game against the USA and I hope to again strike a good partnership with my more experienced colleague, John Mensah.

Eric Addo: We have a big task on our hands and our success will depend on how organised we will be in midfield. And I think we are capable.

Derek Boateng: I yearn for the chance to be in the starting
line-up. It is an opportunity I will like to justify as an offensive midfielder.

It is a game we must win at all cost. Michael Essien: For me, this is the most important match, even though the last one was itself historic, being our first ever win at a World Cup.

But a win in the upcoming one will even be more historic as it will carry us to another stage of the tournament. I am going to die for it.

Razak Pimpong: I have been beside myself for the chances that I failed to bury when I came on as substitute for Asamoah Gyan in the last match. I am eager to use this match to erase this dent if the coach gives me the chance again.

Matthew Amoah: As a striker I know I am one of the biggest goal-scoring hopes of the team. Unfortunately, so far I haven't got into my groove, but hopefully I think it will start to flow from this match.

Skipper Stephen Appiah: We can't go home now. We have the capacity to extend our stay at this tournament beyond our wildest dreams. And we are going to give this match against the USA our best shot.

Coach Ratomir Dujkovic: I am still confident this team can reach the semi-finals of this tournament. The USA cannot be the road-block.