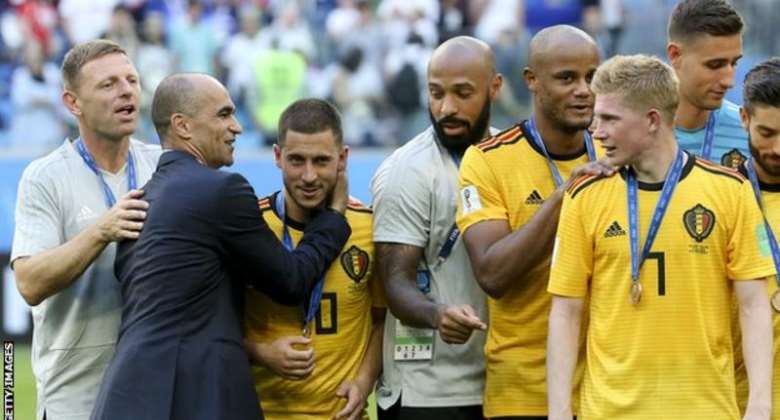 Belgium head coach Roberto Martinez says he wants to leave "a beautiful legacy" after extending his contract until after the 2022 World Cup.

The tournament has been moved to 2021 because of the coronavirus pandemic, with the next World Cup taking place in Qatar in November and December 2022.

"I am very happy because this is a very ambitious project, said Martinez.

"I feel everything is in place to work towards a beautiful legacy in Belgian football."

The Red Devils are top of the current Fifa world rankings and won all 10 of their games in qualifying for Euro 2020.

They have been drawn in Group B for the tournament alongside Denmark, Finland and Russia.

"The postponement of the Euros brings a completely different situation," added Martinez.

"I believe immensely in this group of players. I feel that it wasn't the time to break that relationship, so it's time to look forward to a very intense international period."

The Belgian Football Association announced Martinez's extension with a clip of Eden Hazard finding out while playing a video game at home before telling Romelu Lukaku it is "great news" over the phone.