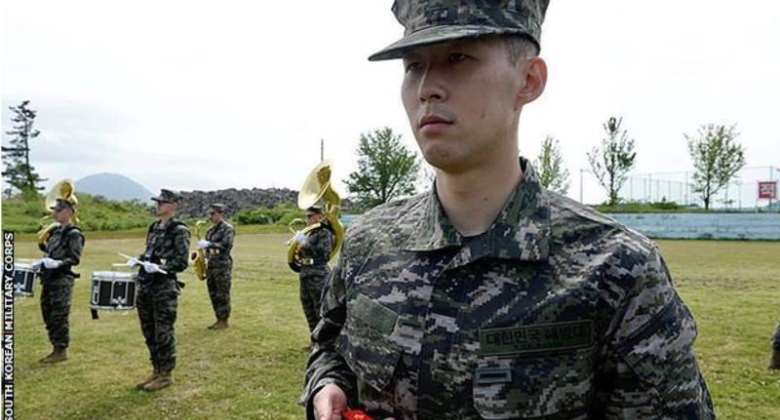 Son spent three weeks with the South Korean Military Corps, where he finished among the top five performers.

The 27-year-old is not required to self-isolate unless he tests positive for coronavirus and will be free to join training when it resumes.

Son could take part in solo training sessions as early as Monday.

Individual training is permitted as part of the Premier League's strict guidelines and 'Project Restart'.

Restrictions are in place for team training where social distancing must be "strictly observed" and also no longer than 75 minutes.

Corner flags, balls, cones, goalposts and even playing surfaces will be disinfected after each session.

Son has fully recover from a broken arm, which would have ruled him out for the season had the global Covid-19 pandemic not intervened.

He has been able to carry out his national service without it affecting his football career.

He earned an exemption from serving 21 months after being part of his national team which won the Asian Games in 2018 and, as a result, only had to complete three weeks.