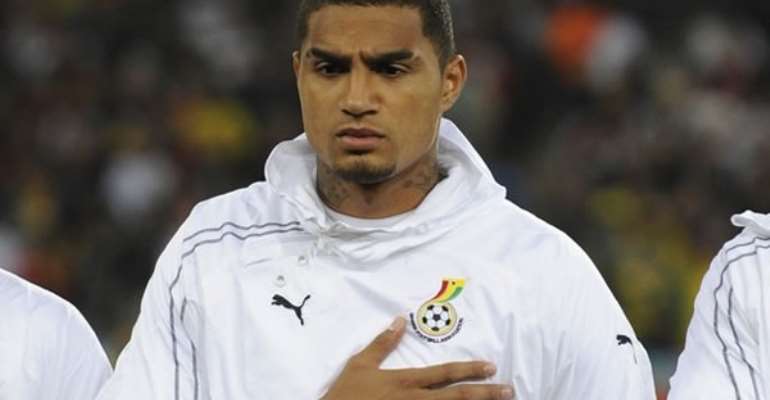 Ghana forward, Kevin Prince Boateng has reiterated his love for the national team is still intact.

The former Barcelona and Tottenham forward was thrown out of the camp of the Black Stars during the World Cup in Brazil.

Speaking to brother, Jerome Boateng in an Instagram live chat, Kevin said his relationship with Ghana is still intact.

“My relationship with Ghana is still intact. I still feel close to them.

Boateng also hinted he is eyeing a return to the Black Stars.

With the national team, I didn’t like the way it ended because they gave me so much.

"But you never know, maybe I can go back and play one more time again.

"Or maybe the coach, you never know," he added.