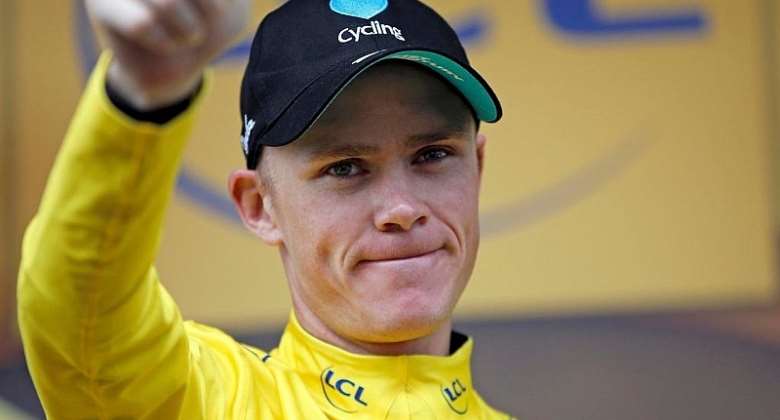 Four-time Tour de France champion Chris Froome has voiced concern over plans for the race to be staged without fans lining the route through a country where more than 24,000 people have died during the coronavirus pandemic.

The event - which should have started on 27 June - was postponed for two months due to the pandemic and the French government's order which banned professional sports until the end of August.

The race, which was first staged in 1903, is due to start in Nice on 29 August. It will finish on 20 September in Paris. Health chiefs say the event can go ahead provided there are robust safety measures.

"For sure we can put the race on without people standing on the roads and fans in that sense," Froome told the former England international cricketer Kevin Pietersen during an Instagram Live chat.

"I mean, we can put on the race and it can be broadcast on television.

"You're not going to get the same scenes as you would get going through these tunnels of just people everywhere and all the rest of it.

Froome, won the event for the first time in 2013. The Briton then claimed three titles on the trot between 2015 and 2017 before losing out to teammate Geraint Thomas in 2018.

Froome, 34, said he was in training during the lockdown attempting to replicate the training conditions for the tour.

"Some days I'm even doing up to six hours sitting on the stationary trainer - big days," he said.

"Obviously I'm coming off the back of a big injury as well so a lot of the training I've been doing up until this point has been indoors already. It's almost prepared me in a way for this whole lockdown period."