Towards an End to Abortion Stigma 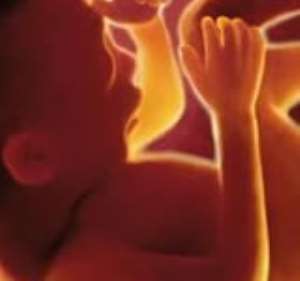 Sexual and reproductive health and rights are imperative components of ensuring good health and wellbeing of all. It covers issues of family planning, contraceptive use, abortion, comprehensive sexuality education and gender equality. As a matter of fact, it is the fundamental human right of individuals to decide freely and responsibly without coercion and violence, the number, spacing and timing of their children and to have the information and means to do so, and the right to attain the highest standard of sexual and reproductive health (ICPD 1994). Hence, the global community has championed the need for SRHR to be prioritized with UNICEF and UNDP being at the forefront of this.

The world has made great strides in this regard yet there is more to be done. Among all of these SRHR issues, abortion has been a perennial concern for individuals and decision makers. In the true sense of it, abortion can happen clinically, hence, it is dubbed as spontaneous abortion. The main issue of contention has to do with induced abortion. This is where an individual decides to terminate pregnancy owing to a number of factors including biomedical and socioeconomic reasons. Subsequently, induced abortion has suffered high degrees of stigmatization. Therefore, this article seeks to discuss the issue of abortion stigma, its repercussions and draw the attention of individuals and key stakeholders for the need to deal with abortion stigma once and for all.

The Cambridge Dictionary [1] defines stigmatization as the act of treating someone or something unfairly by publicly disapproving of them. Put in context, abortion stigma is the act of treating someone who has gone for abortion services with contempt and utterly disapproval of action. Kumar, Hessini and Mitchell [2] have defined abortion stigma as “a negative attribute ascribed to women who seek to terminate a pregnancy that marks them, internally or externally, as inferior to ideals of womanhood”. Thus, abortion stigma can be thought of as being influenced primarily by the larger socio-cultural dynamics [3]. This stigma associated with abortion is quiet appalling given the fact that one in four pregnancies ends in abortion [4].

It must be noted that this abortion stigma can manifest itself in two forms: the perceived abortion stigma, internalized stigma and the enacted abortion stigma [5]. The perceived abortion stigma is mainly about people’s perceptions of how others judge them for seeking or obtaining an abortion. On the other hand, the internalized stigma is said to have occurred when an individual these perceptions and imbibe them into their self in the form of shame and guilt [5]. This manifestation of abortion stigma can be very difficult to over and may leave the individual in a perpetual state of anxiety, guilt, and psychological trauma. Enacted stigma on the flip side denotes the experiences of being negatively judged by family, friends, the community, or culture; an extension of this manifestation of abortion stigma to accrue from governments, organizations, institutions, and/or policies is then termed as a structural stigma [3].

The issue is that, the stigmatization of abortion will only fuel cultural silence which will inevitably spark myths and misinformation about abortion. Hence, leading to a situation where women and girls who really need safe abortion services will resort to unsafe abortion. Abortion is said to be unsafe when the pregnancy is terminated by a quack or the entire termination process occurs in an environment that are below or do not conform to the minimal medical standards [4]. What this implies is that safe abortion will denote an abortion that is carried out by a professional in a standard medical environment, with full acknowledgement of the pregnancy duration. What happens is that, when abortion stigma abounds, women and girls begin to be silent about their problem. They resort to all sorts of unsafe abortion including the ingestion of harmful substances, the insertion of an object or substance into the uterus, etc. All of such unsafe abortion practices puts the individual at risk of complications (example: rapture to the uterus) and death. When left unabated, abortion stigma can result in self-stigma on the side of those who have had the abortion and can be detrimental to their mental health.

Given the fact that abortion stigma can increase the likelihood to resort to unsafe abortion practices, it is expedient and imperative to deal with abortion stigma once and for all in order to achieve the Sustainable Development Goal (SDG) 3, target 3.7 which focuses on ensuring universal access to sexual and reproductive health-care services by 2030. It is high time we reorient ourselves as individuals. Many people are pro-natalists and for that matter abhor issues of family planning and abortion. Therefore, we need to orient ourselves by adopting a pro-choice perspective. By doing so, there will be an appreciation for the need for safe abortion services, hence, reduce the stigma associated with abortions.

Sexual and reproductive health organizations should increase their advocacy and awareness campaigns about safe abortion practices. Organizations like the UNICEF, UNDP, Marie Stopes International, Planned Parenthood Federation, etc. should amplify their awareness, campaigns and advocacy. In doing so, all the myths and misinformation will be done with; once people have a fair knowledge of what safe abortion entails, they will make an informed decision to opt for it when in moments of crises. One important tool for dealing with abortion stigma is the social media. Social media is a powerful tool for advocacy and awareness creation. Many people can be reached through platforms like Facebook, Twitter, Instagram, etc. and sensitized about the need to avoid the stigmatization of persons who have gone for abortion services. Besides, everyone knows and loves someone who has ever had an abortion so who are we deceiving by stigmatizing others.