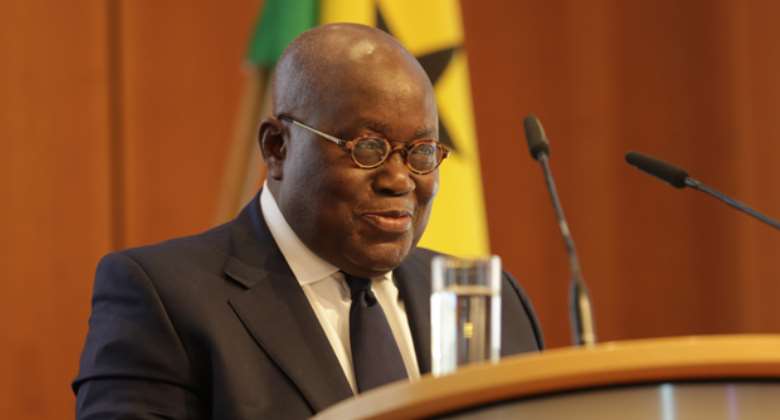 I really don’t care what Dr. Gabriel Bernaku, the Chairman of the so-called Coalition of NGOs, has to say about the alleged 53 abandoned health projects initiated by former President John Dramani Mahama and his previous National Democratic Congress’ government (See “53 Uncompleted Health Facilities Resurface After Govt Denied Abandoning Mahama Projects” Ghanaweb.com 4/30/20). This is the sort of cheap political sophistry that the politically desperate leadership of the National Democratic Congress prefers to indulge in but which a savvy and forward-looking Ghanaian citizenry and the electorate need to be mindful about, if the country is not to be unwisely returned to the Stone Age Era of Dumsor.

The fact of the matter is that former President John Dramani Mahama must be held squarely responsible for the 53 purportedly abandoned health projects, whatever that means. Ghanaians could simply not expect the former President and his double-salary drawing cabinet and executive appointees to have thoroughly bankrupted the Agyekum-Kufuor-established National Health Insurance Scheme (NHIS), and then to expect President Addo Dankwa Akufo-Addo to spend two years and over GHȻ 2 Billion resuscitating the NHIS, and then to have Nana Akufo-Addo spend the remaining two years of his four-year tenure completing all or even most of the abandoned projects initiated by the former Atta-Mills’ Arch-Lieutenant. Are the likes of Dr. Bernaku telling us that Mr. Mahama has absolutely no responsibility for having so witheringly set the country’s clock of development so far back that were his visionary and inimitably progressive successor to focus on rectifying all the development deficits of his predecessor, Nana Akufo-Addo would be effectively marking time for the next 20 years?!

Instead of unwisely and outrageously attempting to force-feed Nana Akufo-Addo with the mountainous leftovers of the Bole-Bamboi megalomaniac, the Chairman of the Coalition of NGOs rather ought to be calling upon Little Dramani to promptly step aside and let another far more capable and competent leader take over the Presidential Electioneering Campaign of the National Democratic Congress. After all, isn’t it more than crystal clear that Little Dramani is at his wit’s end or the end of his tether and may very well have totally run out of any creative and progressive ideas, which is why he and his equally intellectually bankrupt minions and hangers-on fatuously resorted to blaming Nana Akufo-Addo for their own gross administrative incompetence? Are NGO charlatans like Dr. Bernaku telling Ghanaians that when he decided to gun for the very adult mantle of the Presidency, that Mr. Mahama was not aware of the fact that he had four years like all his predecessors, to make good on his electioneering campaign promises?

What kind of nonsense and arrant stupidity is this? And just precisely what reason or cause do Ghanaians like Dr. Bernaku have to suppose that the Chinese have absolutely no right to call some of our countrymen and women, including the Chairman of the Coalition of NGOs in Health daft, which is precisely what they and their Mahama shills are?!