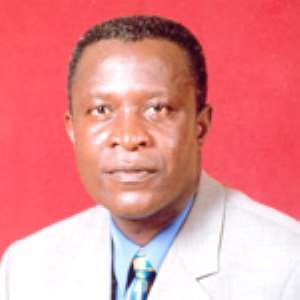 Mr Kwadwo Baah-Wiredu, Minister for Finance and Economic Planning has observed that operations of formal financial institutions had denied about 60 per cent of Ghanaians in rural communities access to their services in the country.


He said this had necessitated the services of micro finance institutions such as credit unions to bring their services to the doorsteps of rural dwellers.

Mr Baah-Wiredu made the observation in an address read on his behalf at the opening session of the 14th Educational and Biennial Delegates Conference of Ghana Co-operative Credit Unions Association (CUA) at the Bunsu Cocoa College in the Eastern Region.

The five-day conference was under the theme: "The vision of making credit union a household word, prospects and challenges". He explained that it was the role being played by CUA that Government provided support for training in governance and leadership to strengthen the internal administration structures of the association through the Rural Financial Services Project (RFSP).

Mr Baah-Wiredu said in addition, it was in recognition of its role that Government provided budgetary support to the association to enable it collect basic data on its operations and monitor the training of its members. He advised the association to make its operations transparent and publish its financial statements for assistance from Government and its development partners.

Vice President Alhaji Aliu Mahama in an address read on his behalf by Mr Yaw Barimah, Eastern Regional Minister, assured CUA of Government's determination to enact a law to regulate activities of credit unions in the country. He said Government was convinced that credit unions could play an important role to achieve its objective in job and wealth creation for the urban and rural poor.

Vice President Aliu called on CUA to ensure that credit unions were established in workplaces, among professionals, market women and in rural communities to assist the people to learn how to manage their limited resources wisely for the future.

The EC Of Ghana Will Not Joke With The Faith Of Ghanaians. W...
11 hours ago