Does the oil price rollercoaster spell the end of US fracking? 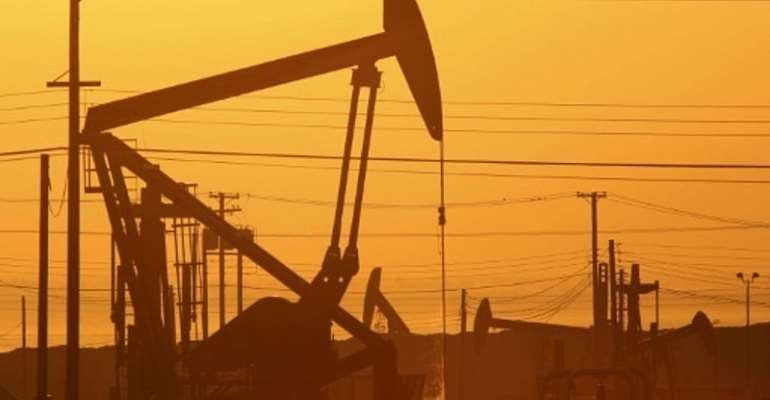 The Covid-19 pandemic has sent oil prices plummeting to record lows as people stopped driving and flying on a massive scale. This week, for the first time in recent history, oil futures dipped below the zero mark. The first to be hit are countries dependent on oil revenue and companies that produce oil with new and expensive techniques, such as fracking.

For the first time since the creation of the New York Mercantile Exchange (Nymex) in 1983, prices plunged below zero. On April 20, the price for Western Texas Intermediate (WTI) oil sunk to -$36.98. It concerned futures for WTI, a light, low density crude oil that forms the base commodity of oil future contracts of the Nymex; the contracts expired on 21 April.

“There were no buyers for the oil, and there's not enough storage capacity,” says Francis Perrin, Chairman of Energy Strategies and Policies in Paris. “So you have to pay buyers if you want them to take your oil.”

The dramatic phenomenon sent shockwaves around the world, but lasted only one day. The next day prices jumped back to around $15.

But WTI is only one of several oil price markers. Major names such as North Sea Brent crude oil, Dubai Crude, Urals Oil, the Organization of the Petroleum Exporting Countries (Opec), as well as others, remained relatively stable, between $15 and $20.

But the general level is still very low compared to last year. Already affected by a general slump and overproduction, prices took another nose dive in March, after Russia refused a Saudi proposal to cut production.

As a result, Saudi Aramco, the world's largest oil company, unilaterally announced that it would increase its production by 1 million barrel per day from 12 to 13 million. The Saudis also announced a price cut of between $6 and $8 per barrel.

“It was a strategy to get the Russians back to the negotiating table,” says Perrin.

A month later, Russia – heavily dependent on oil and gas revenue – returned to another set of Opec+ meeting (the thirteen Opec members plus Russia, along with other non-members) on April 12, and this time agreed to slash world production by 10 percent starting from May.

“The Saudi strategy worked,” says Perrin.
Most affected by the fall in oil prices are countries that are largely dependent on oil revenue, such as Russia, Venezuela, Angola and Saudi Arabia itself. And the controversial US fracking industry, which now risks being decimated.

“The US was increasingly producing non-conventional shale oil, that is costly to produce, while Saudi Arabia enjoys the world's lowest oil production costs," Perrin explains.

According to a report by the Oslo-base consultancy Rystad Energy, fracking is set for the “biggest monthly decline in history” as a result of the price collapse and the ongoing Covid-19 pandemic.

"With such a rapid decline in fracking already visible, very little activity will be happening in the oil basins during the remainder of the second quarter of 2020," Artem Abramov, Rystad Energy Head of Shale Research, is quoted as saying on the company's website.

Shale oil, extracted by fracking techniques, is costly – and controversial, with environmentalists saying it damages nature.

In 2011, France was the first country to officially ban the process. The same year, thanks to its often criticised "fracking revolution",  the US became the world's number one oil producer ahead of Russia and Saudi Arabia.

But it may all be over soon.
“In the US and Canada, companies themselves take the decision on production levels. These are not political decisions,” says Perrin, pointing at countries such as Saudi Arabia and Russia, where oil is the crucial lifeline.

“As a private company, you say it's no longer profitable. So we reduce our drilling activities. We close some wells. But in the end that will lead to a overall fall in US production,” he says.