A Closer Look At The Commonwealth Africa Summit 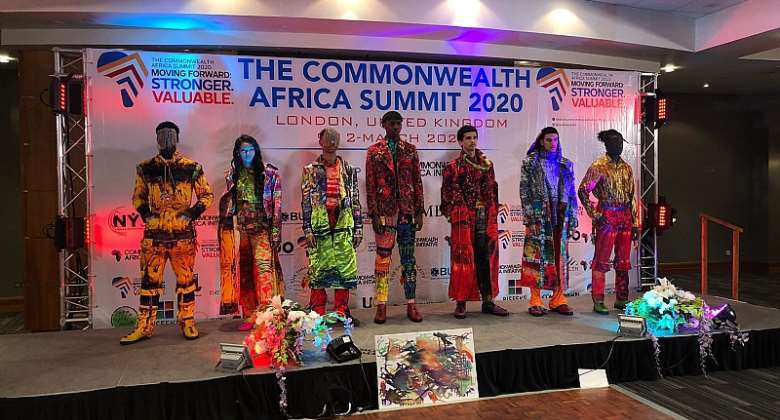 London is in lock-down from the Coronavirus. Yet, just prior to the current health emergency the Commonwealth Africa Summit served as an important showcase to promote interconnection between the Commonwealth countries and Africa.

It proved to be the last substantial African policy event in London prior to the lockdown and even more important now that the Commonwealth Heads of Government Meeting that was scheduled for this summer in Kigali was postponed.

In alignment with the principles and purpose of celebrating the contribution of each member, the Commonwealth Africa Initiative (CAFI), hosted its 8th annual congress as part of the Commonwealth Week activities. With more than 250 attendees in the first two days, the event gathered government ministers, private industry investors, entrepreneurs, and social activists, with the aim of promoting the interest of the African bloc, in the Commonwealth of Nations as well as the interests of Commonwealth nations within Africa.

“It was important to attend the Commonwealth Africa Summit because now, more than ever before we must understand the fierce urgency of now to put heads together and attend to the urgent needs of the development of the continent. This must be the African century,” said Falil Ayo Abina Chairman founder of Nigeria’s AACS.

Each of the previous annual summits in London has provided an open space for dialogue, with remarkable debates. Best practices were also shared regarding Health Emergency issues, Rural Development, Gender Equity, Trade Innovation or the Role of Africa in Finance, among other subjects of common interest. The plenary sessions offered the opportunity for speakers to convey their thoughts and values on how to reinforce relationships with allied nations that are seeking a common interest, Africa’s progress and that of other Commonwealth countries.

The Gala Dinner which was held to close the event, provided a great environment for networking opportunities with attendees government officials, diplomats, businesses leaders, civil society activists, and journalists to further engage. The event included an art exhibition of talented African artists, a live music performance, and a fashion show from a young African designer who recently participated in London’s 2019 Fashion Week.

“The Commonwealth Africa Summit dinner gala, presented another golden opportunity to exhibit talented artists ethnically from the African continent. It was great to see the response from high profile guests who really admired the artists presentations and were interested in knowing more about art originating from African artists,” said Nosa Iyobhebhe, founder of the art gallery Nosa Creatives.

The Summit was a great ecosystem of transparency and openness, for participants to learn about initiatives being carried out by International Organizations that were participating in the Conference. Among the guests, CAFI was honored to count with the support and involvement of representatives from UNHCR, The World Bank, ACT Foundation, Access Bank, FSE Group or the UN Economic Commission for Africa, together with other esteemed collaborators, who equally contributed towards the success of each Panel. This year’s event was held in partnership with Cambridge University Press, Auxilia Advisors, Biseeks International, Bitcom, Esther Ajayi and Gleehd Foundation from Nigeria. Dr. Tina Allton who is the President and CEO of the Chamber for Africa Diaspora Relations was one of the senior representatives of Ghana at the event.

As CAFI’s Annual Conference evolves, the event has continued to build a stronger reputation over the years engaging national and international top participants from the political and economic spectrum. The 2020 edition included Jim Murphy, Leader of the Scottish Labour Party between 2014- 2015, together with other former cabinet ministers of the United Kingdom government, another keynote speaker was the Rt. Hon Charles Clarke who was the UK Home Secretary from December 2004 until May 2006. Clarke was both a keynote speaker and spoke at a private reception for the event held at the Palace of Westminister – the meeting place of the British parliament.

The agenda of the three-day event comprised important remarks, special interviews, and five plenary sessions ensuring a high standard throughout the event. CAFI is devoted to continuing serving as a global-local platform, that will enable major contributions of participants and partners for the achievements of specific goals, for the progress of the African continents and its allies within the Commonwealth.

Hottest Photo Reports
Catch up with all the political quotes from our politicians.
Advertise here
More Opinion
ModernGhana Links
Self-determination crises: Is it time African countries renegotiated their nationhood?
How countries can contribute to ocean governance in Africa
“Where Are The Projects?” “Seeing Is Believing”
Myanmar And Bangladesh Can Benefit From Strengthening Trade And Connectivity Ties
Prepare For More Hardship In 2022 -Ghanaians Told
Power Distance And The Entitlement Mindset: The Case Of The Ghanaian Elites
Insecurity, Not Omicron Covid Variant Is Our Problem In Nigeria
Welcome budget rejection with happiness
NPP MPs Recretly Collapsed "Agyenkwa Budget"
TOP STORIES