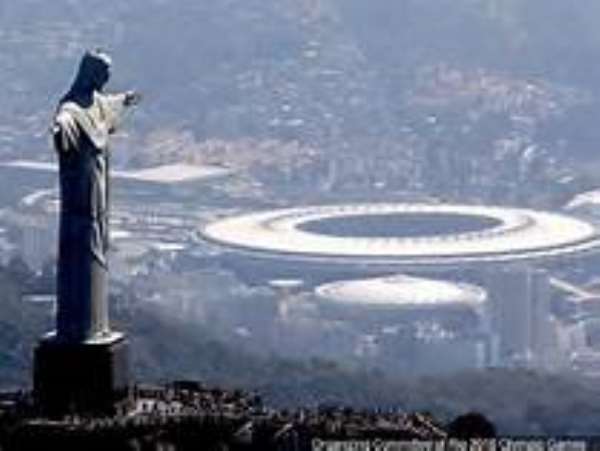 The Corona Virus pandemic took the Churches by surprise and their leaders are reeling out theories that Jesus is coming soon. The truth is that Jesus is not coming any soon because f a Corona Virus manufactured in Chinese laboratory to test their ability to contain an epidemic in preparation for biological warfare.

Jesus is not coming soon because the Illuminati using their members in WHO cashed in on the Chinese mischief and deliberately mislead the world about the virus, weakened the nations in anticipation of a new world order as expounded by its first Marxist leader, Brock Chisholm.

Jesus is not coming soon because Bill Gates saw opportunity, in conjunction with his friends at WHO to sell his INO-4800 DNA vaccine with a chip implant.

These pastors and priests claiming that Jesus is coming soon because of all these little pandemics (compare d to what lies ahead) are those preachers who spent all their spiritual energies propounding wealth, acquisitive tendencies, greed, worldliness at the expense of true gospel and now faced with economic crisis capable of eroding the net worth of these estates, stocks, shares, oil blocks and chains of private businesses are confusing their congregation with Jesus is Coming soon theories.

Any Christian with knowledge of Eschatology will know that these things are just the beginning of birth pangs (Matthew 24:8). From my theological studies which leaned towards eschatology and study of end-times and from my vast knowledge, there is nothing that suggests that the timetable as being propounded had begun.

In August 2013, I painfully released a widely published piece titled ‘Obama’s Health Chips and the Mark of the Beast (666)’ and posited that

“Some of us with good background in database administration understands the value of comprehensive database in healthcare, especially if at the tip of a finger or a Structured Query Language, every relevant data about a patent’s health history could be glanced for statistical analysis and proper medical decisions.

“Beyond the seemingly harmless venture comes a chip which has the ability to be used to manipulate human beings. There is a report in the early eighties that some British scientists used some human beings as guinea pigs in a secret experiment to discover the potency of implantable devices on the human mind. They discovered that those so tested behaved like human robots.

“The UK government was said to have quietly quarantined the research for public safety. This research and numerous others from different agencies on the effects of chips on the human mind shows that this seemingly harmless chips technology is capable of being used for ulterior purposes”

Furthermore, relating personal prophetic experience I revealed in the piece that

“I remember in 1994 when a group of Korean preachers came to Nigeria and was hosted by Archbishop Dr AA Nwodika ( then Rev Dr Nwodika) at Grace of God Mission, 2B Owerri Road, Enugu. With all their preachment, I still remember that they warned the congregation during the three evenings programme that Jesus Christ appeared to them and asked them to warn the world of the antics of the Antichrist and how he would use chips technology to cause people to accept the evil mark. They warned the audience never to accept the semblance of any mark for whatever reasons as it is a trap from the devil. This warning given in 1994 by the Koreans needs further examination in the light of Obama’s chips implantable healthcare policies”.

Therefore, what I heard at Grace Cathedral Enugu in 1994 was attempted by Obama in 2013 and the Evangelicals in United States stopped him. I love Obamacare, but as an expert in eschatology and aspects of IT, I know that the chips embedded clause in Obamacare is a leeway for satanic activities in the future.

In 2019, Chinese virus escaped or was deliberately let out from a lab in Wuhan to test potency. The Illuminati cashed in on the epidemic and deliberately allowed it spread worldwide so they can propagate a ‘One World Order’ curable by chipped vaccine. The WHO leader was a willing tool in both the Chinese mischief and the Illuminati grand plan. The virus is killing people in hundreds of thousands worldwide. The churches are forced to close down to avoid a spiritual template of opposition.

The Chinese have discovered that the Almighty United States is vulnerable and they are trying to consolidate on their new-found power and realization that the West can be crumbled by a mere virus. They are, according to reliable sources, already trying new viruses and their cure in Wuhan in a simulation preparation for a biological warfare in case Europe and America decides to be nasty.

These events do not mean that Jesus is coming son.No! it means that the countdown is about to begin.

The countdown began in Book of Revelation Chapter Six when a rider on a white horse passed. This represents World Evangelism. A second rider on red horse will pass representing bloody conflicts of unimaginable proportion. Rider on black horse will pass, this represents famine and economic collapse. The fourth rider with ashen horse represents death.

Therefore, from the chronology of Rev Chapter 6;1-8, Jesus is not coming yet. These events are yet to occur. What is happening is just experimentation by ubiquitous actors.

The Chinese just experimented on their ability to cause worldwide pandemic and contain such in their clime. The Illuminati tried the use of the opportunity of the Chinese virus to test the RFID chips and their obsession with artificial intelligence.

The churches are closed, on the run, in hiding, confused and making conflicting utterances to cover up, instead of admitting that they never saw it coming.

Trump and US intelligence saw it coming and a deliberate policy of stopping dependence on Chinese goods and services was initiated before local impeachment politics stopped further actions.

The WHO saw it coming and deliberately misled the world in line with the policies of its first leader, who propagated artificial intelligence and one world order.

The US politicians were playing dirty impeachment local politics until hidden enemies swooped upon them from behind.

Europe treated Trump with suspicion and caution until the dragon overwhelmed their cities with the deadly pandemic.

No!, Jesus cannot come because of the test-run of satanic instruments. Jesus will come at the beginning part of the full implementation of the satanic test-runs on a Rapture Mission and will complete the cycle after the release of the Seven Vials of Revelation 16, and after the Armageddon.

Christians should not be quick to close churches because of ordinary COVID-19 because more pandemics are coming, more digitally dangerous technology are coming, bloody nuclear, chemical and biological wars are in the offing –all these before the Antichrist makes a grab for The Vatican and Jerusalem.

The attitude of the Church is to Live by His Faith (Habakkuk 2:4, Hebrews 10:38). I have alluded to that in my latest write-ups ‘Corona Virus: Church Leaders Abandons God, Suspends Masses, Deliverances and Anointings’

In these trying times, the faith of the Pope, Cardinals, Archbishops, General Overseers and President and Founders cannot save you. Abraham lived when religious leaders were scarce, yet he maintained robust relationship with God. Jacob also was left alone, without any Bishop or Pastor, to battle Esau, and God saw him through.

Let the Just Live by His Faith in God because Jesus is not coming any soon, rather more pandemics, wars, nuclear disasters, economic collapses and social unrest and let the religious leaders stop confusing their people.

More Feature Article
ModernGhana Links
Could Your Child Be Having Dyslexia?
Colin Powell Establishment Warrior
Curse as an effective weapon for correcting some ills in the Ghanaian society
Dog Don't Eat Dog? Yes – But What About The Truth?
Big to biggest devil contrasting with ID
The NPP 2024: The Most Important Factor Missing in the Arguments – E. G. Buckman
The Three Stages Of Corruption: How We Are All Part Of The Problem
War Talk from the Mad Monk: Tony Abbott goes to Taiwan
When, how and why can a curse be invoked on someone?
TOP STORIES