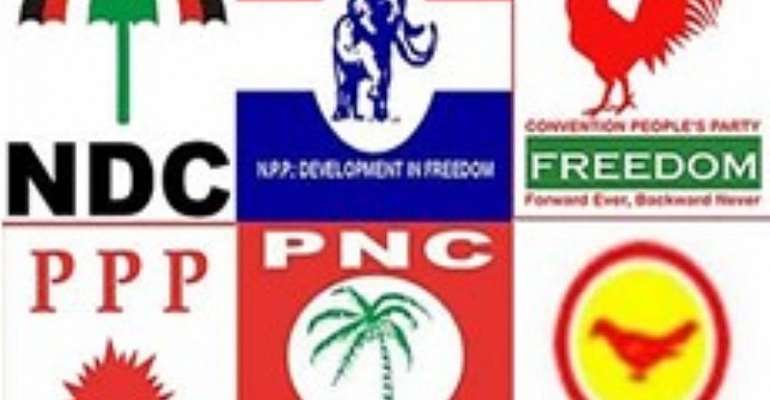 What seems to become the cheapest commodity in the world right now is the African version of politics, where gullible masses who out of passionate greed, sheer ignorance or naivity throw away their God-given liberties and rights to " left thinking fortunate few" who often play politicians.

In my usual daily scanning on social media, I came across a picture of a branded bread designed with the effigy of a sitting member of parliament and I was shocked to the hilt and l asked how can we continue to subject our political system to such consistent embarrassment and ridicule? I'm reliably informed that the person whose picture appeared on that "designer bread" is a sitting member of Ghana's parliament.

Sometimes I try hard not blame givers who deliberately donate items to the poor in a despicable fashion meant to embarrass them but rather blame those at the receiving end who refuse to notice this unkempt embarrassment that's becoming a common phenomenon in our politics! One may argue, Ivan, sometimes they don't have a choice !hey buddy! we always do have a choice!

I believe situations like this should grant us the opportunity to interrogate some of the fundamental flaws in our political system: unbridled party allegiance and loyalties outweighing national interest. In our part of the world, you often hear people shouting with flaming passion " I was born into NDC / NPP, I'm a proud member, " and I ask: seriously?

My friend you ain't born into no party and you are no proud member of no party (America ), you are weak and pathetic incapable of making sound decisions, humans beings are not born into political parties just like that, political parties are not cults neither is it a Catholic church, a clan or a family where people are born into and become automatic members: when it comes to partyism, you need a justifiable reason, it could be ideological persuasions/inclinations, policies or programs, priorities, economic policies and sometimes even personalities.

I understand family may influence our political persuasions to a certain extent and it's common globally but always and always you need genuine reasons for supporting a party and if you don't have any ... I'm sorry!

Our democracy has turned into majoritarian democracy where the party with majority representation gets away with laws, approvals and decisions meant to yield political capital and as greedy as we are every party plays this card whenever Power casts its shadows on them.

Look at Ghana's Parliament in recent times amid of this COVID19 outbreak, the various bills the house is hurriedly considering under the guise of convid19 ! The majority seems to be enjoying with all the sick bills slipping through ranging from the E.I 63 to E.I 65, the sad aspect is that they don't even care about the damning repercussions in the future !

For once, let's consider voting for men with intellectual wits, with fortitude to represent us in the "supposed august house" prople who have what it takes to reason for themselves without any excessive partisan considerations and allegiances by focusing on the basic needs of the their peole ? l know we have a good number of people in there who wish to bring their convictions to bare, what they don't have is the courage to face it as they often feel threatened by the next elections!

In America, yes Democrats and Republicans stuffs get ugly sometimes because politics and interests are inseparable but let me tell you something, after the WWII when America realised that Soviet Union and its Communist allies had what it takes to hurt the world in the future: that became the turning point in American politics ; both Democrats and Republicans agreed to collaborate on various Foreign Policy Directives in order to contain the spread of the then Soviet contagion and have since remained collaborative on Foreign Policy Initiatives until recently when George Bush and his British counterpart Tony Blair decided to attack Iraq and Afghanistan for no apparent reason. This is what thinking political parties do : where national interests lie, we don't play partisan politics.

This will bring me back to the widespread partisan politics encircling the convid19 pandemic , government seems to be enjoying this outbreak, what is obvious is the utter failure and lack of sincere commitment to drive this COVID-Sacre out ! We are organising virtual concept to unveil an app that's not even accessible at a huge undisclosed cost,.streaming such useless activity live putting unnecessary pressure on internet that has become so demanding amidst of this pandemic to the extent Neflix has been cautioned to stream in lower graphics to save the internet.

Hospitals cannot access common PPE'S which are basic in the fight despite setting up funds with donations flowing in like waterfall yet nothing concrete seems to be going on aside the numerous press briefings. Our president is talking plenty while the�� numbers keep going up....and another interesting question is who owns this COVID19 endowment fund setup recently ? I'm told the object is to raise funds to finance the fight against COVID19 but it doesn't seem like that ! Hospital are crying fir basic items when we have huge cash sting in a fund ...so is it a way govt is trying to save money to campaign because elections are coming up and could this be the reason the President tasked same family cashguards to take custody of the funds ? and how transparent can this be considering what we know these individuals for ? Maybe someone can help clear my doubts with a good explanation !

Go to Bono East Region, the largest health facility designated as a treatment centre for COVID19 cases, the facility has so far received just 15 PPE'S . Unfortunately they had 4 suspected cases and in each of the cases two peole were supposed to don the material so as I write, with no case confirmed yet, 8 out of the 15 PPE'S is gone, placing the entire facility under the mercy of God instead of the govt ! So if you are asking me about government's commitment , that is it and I'm very sure the situation is even worse at other places and they can't talk about it , many have been cowed into submission with threats of loosing their jobs if they make fi.

Maybe, just maybe, Jesus must come now and end this movie! It's getting boring and frustrating for those of us watching from a far distance!

If we don't change and begin to do politics with dispassionate convictions, sooner or later, telling someone that you want to be a politician in African will be equal to telling them want to be a thieve and confident trickster or a stylish comedian!