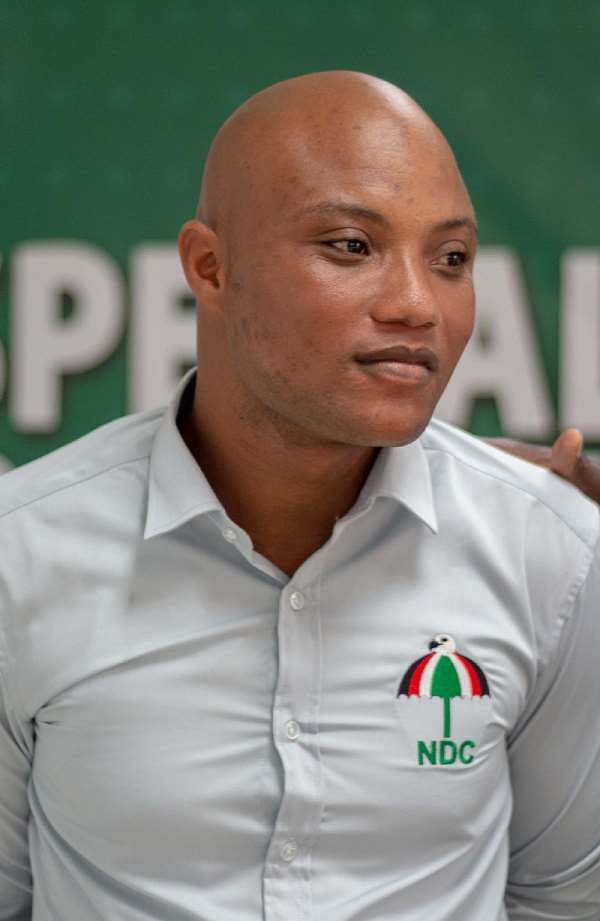 1. Once again, the praise singers of President Akufo Addo are urging all of us to join the bandwagon in showering praises on him for making lofty, outlandish and mouthwatering promises in his latest broadcast to the nation on covid19. These praise singers, forgetting that Ghanaians have come to realize that President Akufo Addo talks but delivers nothing, have been jubilating that the speech has won the President his reelection bid. Indeed, the Director of Communications at the Presidency, Eugene Arhin, was quick to give a '4more4Nana' salutation to the President for making yet another set of promises that he is yet to fulfill.

2. The standard of measuring an honest person has always been to measure him by his previous conduct. So if we are to take the President's speech as inspiring and reassuring, we must be convinced that similar promises made in the past were fulfilled. Without reminding Ghanaians of the many promises the President has made which still remain promises without any effort to actualize them, there is the need not to look too far but cast our minds back to the promises the President made in his first broadcast to the nation. In that broadcast, the President emphatically stated that he had instructed the Finance Minister to make available the cedi equivalent of $100 million to kick-start the fight against covid19.

3. Though the President, as usual, received thunderous applauds from all of us, that applauds lasted for less than 48 hours after the Finance Minister went to Parliament and said the money was not available and that the government was in the process of running to the IMF and World Bank for a facility. As at the time the Speaker of Parliament illegally suspended sitting, the government could not present the $100 million facilities to the House for approval in line with article 181(5) of the Constitution, 1992 except a $35 million World Bank facility which was approved by Parliament. The remaining $65 million remains another promise the President is yet to fulfill.

4. Again, when the President announced partial lockdown of Accra, Kumasi and Awutu Senya East, he promised to pay security personnel detailed to enforce the lockdown a daily allowance of GHC100. Courtesy the media and accounts from security personnel a day to the President's Sunday, April 5 address, the allowance was paid for only two days after which the daily GHC100 was slashed to GHC20 daily.

The excuse given for the slash was that there was no money. Indeed there is no money. Truth is, aside from the donations the government has received so far coupled with the $35 million World Bank facility which it is yet to access, there is no money from anywhere. So if the President promises to provide a GHC350 000 insurance package for each Frontline Heath workers with a daily allowance of GHC150 cedis, we must pause and ask the President 'were the money dey' before we start jubilating. You remember the fanfare about the restoration of teachers and nurses trainee allowances which have been in arrears for months?

5. Let's be optimistic that President Akufo Addo, this time round, will be able to fulfill his promise of an insurance package to the Frontline health workers. Our optimism should be hinged on the sacred fact that before the time insurance package is ready the government would have been able to raise the remaining $65 million or many people would have made donations into the fund. The most pressing and urgent problem will be how to pay the GHC150 daily allowance to the health workers. Let's hope that it does not take the color of what the security personnel are complaining about.

6. Many have asked the question, what is insurance package and daily allowance to a dying nurse or doctor? The nurses and doctors need to be alive to enjoy these packages. Those who make this argument point to the President's unfulfilled promise to make available PPEs to the health workers. In his April 5 address, the President again bandied figures around about PPEs that government have procured and supplied to the health workers. Strangely, while the President and government communicators continue to throw these figures about, nurses and doctors at Korle Bu, 37 military hospital and other health facilities across the country are crying for PPEs.

Indeed, nurses in Korle Bu have threatened sit-down strike due to lack of PPEs after some of their colleagues and doctors tested positive to the virus. It is therefore legitimate to ask question, what is insurance package and allowance to a dying nurse or doctor?

Basic tools for the doctors and nurses you cannot provide, so what is the guarantee that you'll give them what you're promising them? The nurses and doctors need the PPEs to ensure their safety before they can enjoy the insurance package and daily allowance. This is common sense! Again, of what use is insurance and daily allowance to a nurse or doctor who contracts covid19 because of lack of PPEs?

7. Another area which the President has not been honest with us was his promise to vary or wave taxes on salaries of health workers at the forefront of the fight against the virus. It is basic knowledge that the President DOES NOT have powers to grant waiver or vary tax in Ghana. That decision rest with Parliament. Article 174(2) of the 1992 Constitution provides that "where an Act, enacted in accordance with clause (1) of this article, confers power on any person or authority to waive or vary a tax imposed by that Act, the exercise of the power of waiver or variation, in favour of any person or authority, shall be subject to the prior approval of Parliament by resolution". This provision mirrors the legal maxim, 'nemo dat quod non habet' which means "no one gives what he does not have". It is patently disingenuous for the President to say has waived taxes on salaries of health workers when he does not have the power to do same. At best, the President will need two-third votes of MPs to get a waiver through if he puts in that request. Applying for waiver is not automatic that it will be granted. Parliament may decide to grant or decline to grant it.

So to create the impression that waiver has been granted immediately the President made the statement is far from reality. Mind you Parliament has been suspended and it must take the Speaker a 'tall' process to reconvene Parliament to grant or not to grant the waiver. For April, I doubt if the health workers will get the waiver the President promised, that is if Parliament grants it. And when it is granted after April, the law will not allow it to take retrospective effect to cover April. In this case, the waiver will cover two months instead of the three months the President promised.

8. The President once again pulled another prank on Ghanaians when he promised that the government will absorb water bills of all Ghanaians for the next three months. The question again arises, how do you pay for water that does not flow?. Or how many Ghanaians have taps in their homes? Truth is, many households, though have taps in their houses, have not been paying bills for many years now because the taps are not flowing. They instead spend money to buy water. In making this promise, it appears the President mistakingly thought everybody owns a house and has water flowing through his tap.

He did not address the issue about tenants who have their monthly water bills factored into their rents. In order not to be called out as someone playing to the gallery instead of addressing the main challenges, the President added that water tankers, both public and private, will be mobilized to supply water to households. Again, this is another vague and outlandish promise which is most likely to face challenges. How many litres of water can a tanker supply to, say, Nima and Mamobi in a day?

9. This brings to the fore the question as to why the President didn't promise to absorb electricity bills for the next three months as other countries are doing? The President knew that the number of Ghanaians connected to the national grid and enjoying power far outstrip those who have taps in their homes, which are not flowing anyway, so it will be less costly to absorb water bills instead of electricity bills. This is how clever the President thinks he is but unknown to him, Ghanaians have come to know him for who he is, deceptive sweetheart talker.