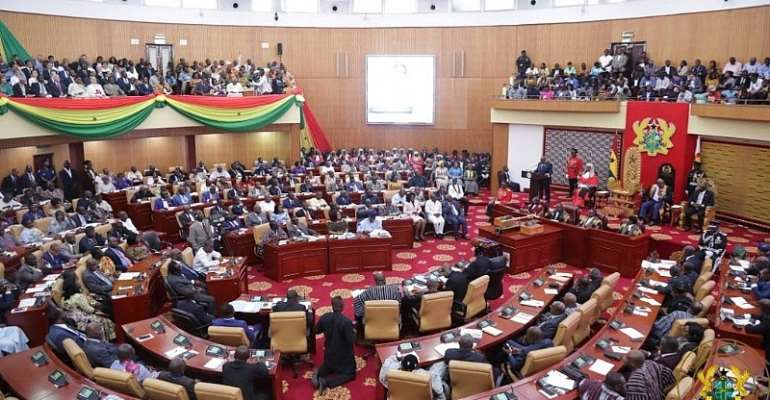 Some €139.4 million has been approved by Parliament to finance the construction of phase one of the Bolgatanga-Bawku-Polimakom road.

Government said good road infrastructure is a critical facilitator for rapid socio-economic development of the country through the improvement of accesses, reduction in travel times, congestion, vehicle operating costs and accidents.

This is to ensure the operational efficiency of road transport in moving persons, goods and services, within and outside the country.

The 102.55km Bolgatanga-Bawku-Polimakom road starts from Bolgatanga Municipality as a dual carriage road for 2km and continues as a single carriageway through Zebilla, Bawku and ends at Polimakom.

The Finance Committee said in its report that in view of the importance of the road, the Government of Ghana commenced the construction of the Bolgatanga-Bawku-Polimakom road in 2016 with funding from the Road Fund.

“Unfortunately, Road Fund was unable to release the needed funds to finance the project. As a result, the project has stalled,” the committee noted.

Chairman of the Finance Committee, Dr. Mark Assibey-Deborah, who moved for the adoption of the committee's report, said in line with Government's efforts to develop the country, HSBC Bank and KM IE'EX Bank GmbH have agreed to provide the needed funding for the road project.

According to him, the objective of the project is to reduce and improve waiting and travel times within the Bolgatanga and Bawku environs with consequent reduction in poverty and enhanced development in Ghana.

The project road length is 102.55km (109.05 + 6.00 12.50) with a carriageway width of 3.65m x 2, and outer shoulders of 2.0m x 2, the report said and added that three new bridges are to be provided over Rivers Kulaa, Red Volta and White Volta, whilst the existing pipe culverts will be extended in addition to the construction of new ones.

The Committee observed that when completed, the road project will contribute significantly to socio-economic activities.

The road, when completed, will also reduce pedestrian and vehicular congestion and consequently cost of transportation for both passenger and cargo; enhance economic activities and improved public transport and standard of living of the citizenry; as well as create jobs for skilled and non-skilled labour in Bolgatanga, Bawku and its environs.

The Committee said the project was expected to be completed within a period of 17 months from the date of commencement.