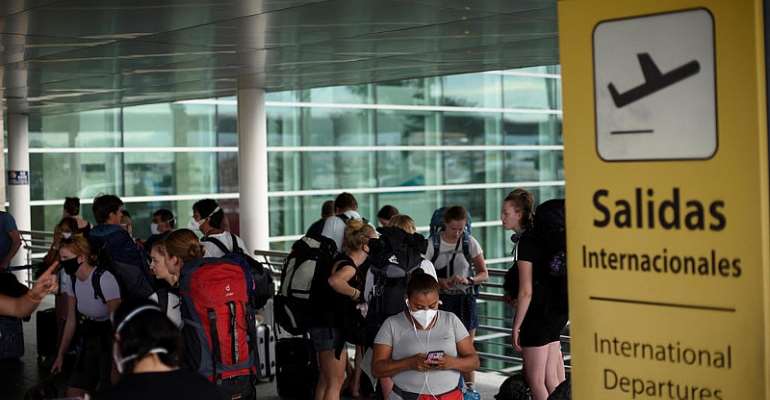 Over the past week some 100,000 French citizens, stranded by grounded flights and border closures due to measures to fight the spread of the coronavirus, have returned home. Some 30,000 are still abroad and are expected back in the next few days.

French foreign minister Jean-Yves Le Drian told French radio Friday that the country has repatriated 100,000 people from 140 countries over the last few days, and that the remaining 30,000 who wish to return to France should be back within a few days.

"I hope that within four days we should see the end of this adventure,” he said, wishing them good luck, and assuring them that France would be there to help.

Logistical nightmare
Situations can be complicated, with airport closures, grounded flights and limited local transport in countries that have imposed confinement measures.

Le Drian evoked people blocked in Peru “who we will bring back, even if it means using the military airport”.

Hundreds of French students on work/study visas allowing them to work in bars and restaurants in Australia have lost their jobs, and their income, because of confinement measures.

France has encouraged them to get in touch with the embassies, and is negotiating with Air France and Qatar Airways to provide affordable flights home.

Flights from Cambodia
France has also organised chartered flights for hundreds of citizens stranded in Cambodia, after the country sealed borders on Saturday and cancelled flights.

A flight left Thursday with 413 French people on board, and another 100 will be leaving Saturday, with others leaving over the weekend on commercial flights still flying.

Cambodia reported two new coronavirus cases on Thursday, taking its total to 98, including 31 French tourists, all from the same group, who tested positive last weekend. They have been put under quarantine in a hotel in the city of Sihanoukville, and are receiving treatment.

Two local guides also tested positive for the virus, while the five other tourists from the group tested negative.

Cambodia accused of cracking down
According to the US-based rights group Human Rights Watch, the Cambodian government has used the outbreak to lock up opposition activists and others expressing concern about the virus and the government's response

Since late January, 17 people have been arrested for sharing information about the coronavirus in Cambodia, including four members or supporters of the dissolved opposition Cambodia National Rescue Party, charged with penal code violations including incitement, conspiracy, and spreading false information.

Government spokesman Phay Siphan acknowledged that some people had been arrests, but dismissed the group's allegations, saying the measures had also been taken elsewhere to fight the spread of false information about the virus.