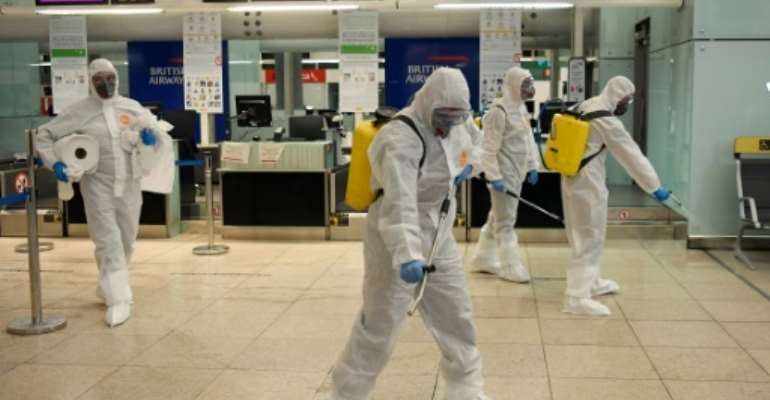 Italy surpassed China on Thursday as the country with the most deaths from coronavirus as the UN chief warned "millions" could die if it spreads unchecked around the globe.

President Donald Trump said meanwhile that the United States is fast-tracking antimalarial drugs for use as a treatment and lashed out at China for not informing the world earlier about the original outbreak.

China for its part reported no new domestic cases for the first time since the virus appeared in the central city of Wuhan in December, before spreading worldwide.

While there was a glimmer of hope in China, several nations tightened their borders and imposed lockdowns, trapping tens of millions of people in their homes. 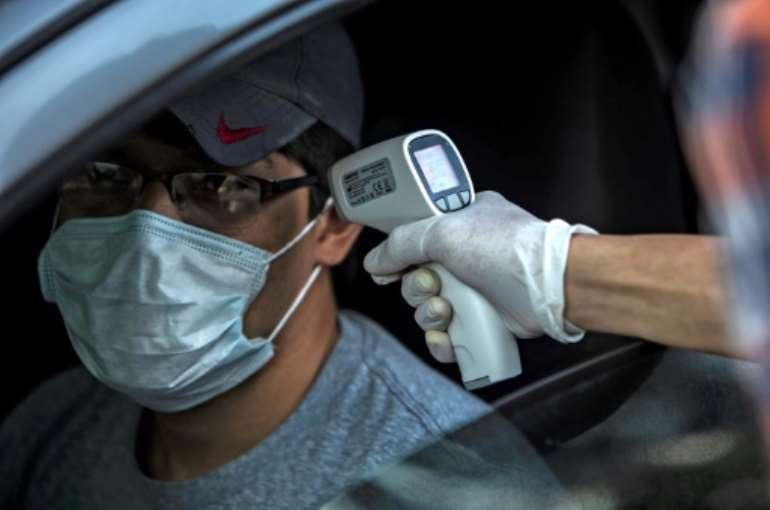 A university student checks the temperature of a driver as a precautionary measure against the spread of coronavirus in Managua. By INTI OCON (AFP)

World leaders also unleashed nearly a trillion dollars to prop up the teetering global economy, only to see the once-in-a-century pandemic seemingly spiral further out of control.

The death toll soared in Europe as Italy announced another 427 fatalities on Thursday, taking its total to 3,405, according to a tally compiled by AFP from official sources.

China has officially reported 3,245 deaths from the virus, which can cause respiratory failure, particularly in the elderly.

France reported 108 more deaths over the last 24 hours, bringing the total number to 372.

Globally, the death toll from the virus has risen to over 9,800 with more than 232,650 cases in 158 countries and territories, according to the AFP tally. 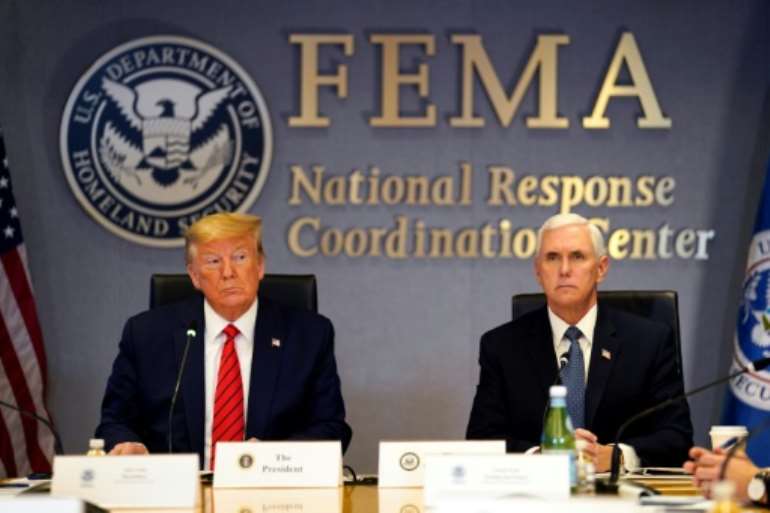 US President Donald Trump, seen here with Vice President Mike Pence, lashed out at China for not informing the world sooner about the coronavirus outbreak. By Evan Vucci (POOL/AFP)

"If we let the virus spread like wildfire -- especially in the most vulnerable regions of the world -- it would kill millions of people," Guterres said. 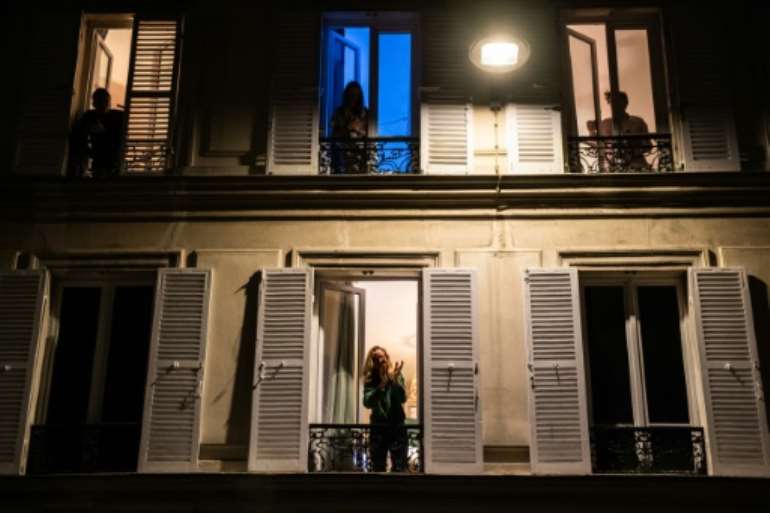 The number of infections and deaths in the rest of the world has surpassed those in China, which appears to have staunched the virus with strict measures including a complete quarantine of Wuhan since January.

Trump, who has come under fire for his response to the crisis, charged Thursday that the world was paying for China's lack of transparency about the outbreak there.

Trump said US authorities were fast-tracking antimalarials chloroquine and hydroxychloroquine for use as a coronavirus treatment, making them available "almost immediately." 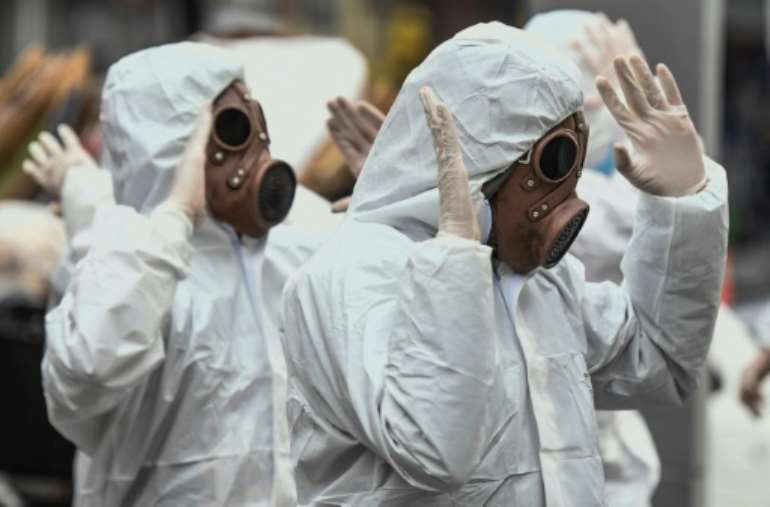 The drugs are synthetic forms of quinine, which is found in the bark of cinchona trees of Latin America and has been used to treat malaria for centuries.

As the toll surged in Italy, Prime Minister Giuseppe Conte said the national lockdown, which has been copied around Europe, would be prolonged to April 3, shattering hopes of a quick end to the crisis.

France also mooted extending its two-week lockdown ordered this week by President Emmanuel Macron, as the interior minister blasted "idiots" who flout home confinement rules and put others at risk. 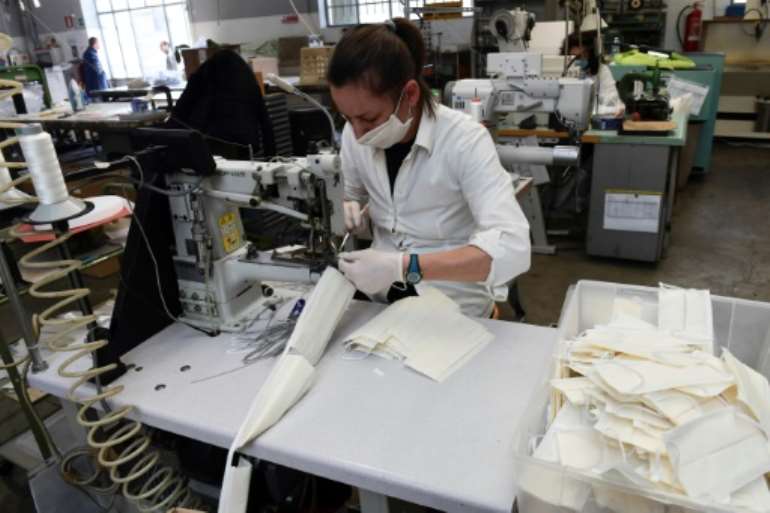 An employee wearing a face mask sews surgical masks at a leather workshop turned into a mask factory near Vigevano, Lombardy. By MIGUEL MEDINA (AFP)

In Britain, Prime Minister Boris Johnson said the country could "turn the tide" on coronavirus within 12 weeks -- but only if people heed advice to avoid social contact. 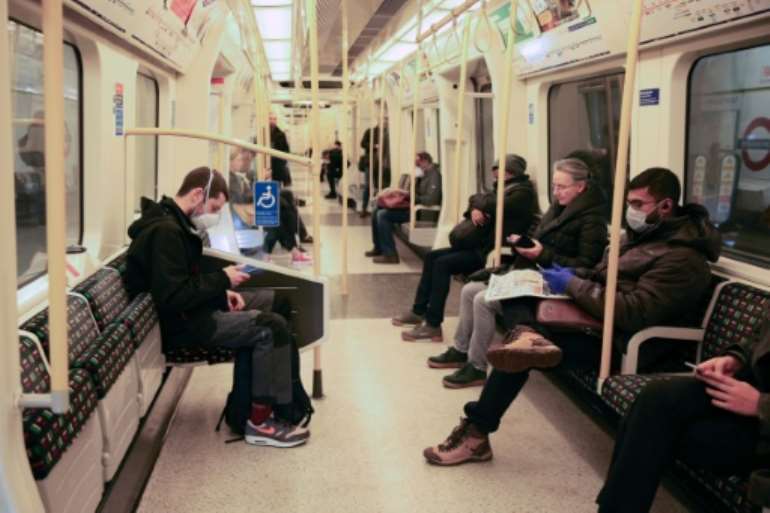 Wall Street finished higher Thursday following a volatile session as investors weighed the government stimulus measures against some of the first data pointing to a sharp US economic slowdown.

The United States has so far shied away from the sweeping restrictions used in China and many European countries, although the streets of many of its major cities have emptied as local curbs come into effect.

European stocks staged a rebound on the stimulus news, although Asian markets took another beating. 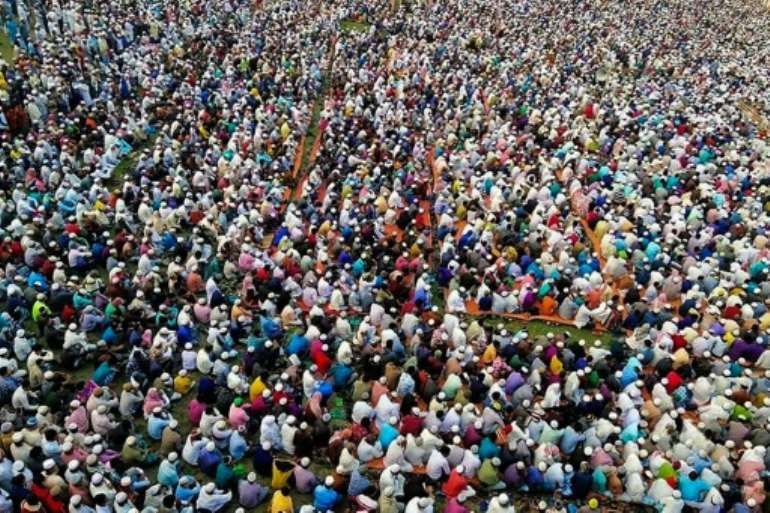 The United States warned against international travel due to the pandemic and advised citizens to come home if possible. 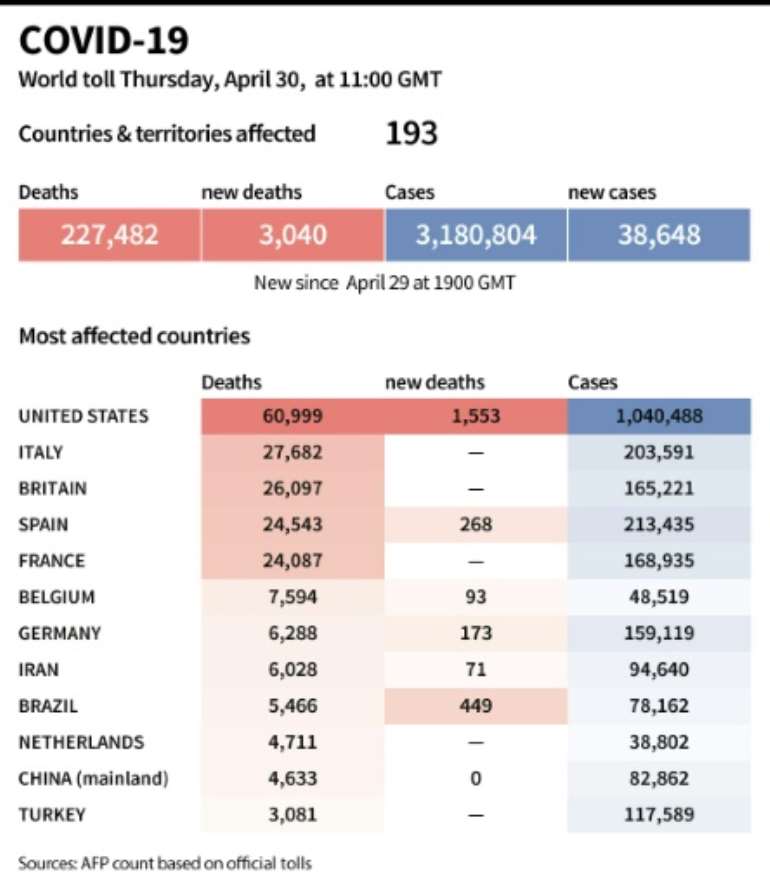 World toll of coronavirus infections and deaths, as of March 19 at 1900 GMT. By Simon MALFATTO (AFP)

Upgrading its travel alert to the highest possible level, the State Department said Americans who do not return "should be prepared to remain abroad for an indefinite period."

The EU closed its borders to outsiders and in many countries bars, restaurants and most shops have closed their doors until further notice.

The virus also continues to hit cultural events such as the Cannes film festival, which has been postponed from May until at least late June.

And in sports Greece handed over the Olympic flame to Tokyo 2020 organisers at a closed-door ceremony, while English football extended its shutdown until at least April 30.