A SONA Or Platform To Make Promises And Hype A Clueless Gov't? 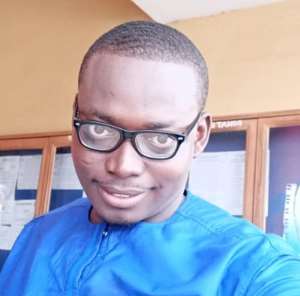 President Nana Addo has reduced SONA to a mere political meeting between him and his party to hype a non-performing government which he superintends.

The Constitution in Article 67 mandates the President to at the beginning of each session of Parliament and before a dissolution of Parliament, deliver to Parliament a message on the state of the nation. Sadly, what we witness yesterday was nothing but a meeting between President Nana Addo and his party members

What the Constitution States is the state of the nation but the president came rather ironically and presented a praise-singing address.

1) In September 2019, a new standards-based curriculum will be rolled out from kindergarten to Class 6 in primary schools. This curriculum has drawn upon the best practices from all over the world and will focus on making Ghanaian children confident, innovative, creative-thinking, digitally-literate, well-rounded, patriotic citizens. Mathematics, Science, Reading, Writing and Creativity are, therefore, at the heart of this new curriculum.

2)Young people have to have options on which career path they choose, and I am glad to announce that all is set for the construction of 10 state-of-the-art Technical and Vocational Education Training (TVET) Centres this year. For far too long, we have preached about the importance of TVET without doing very much to demonstrate this importance. We send or urge young people to go to poorly equipped TVET centres, and we are surprised that they are not keen. The new TVET centres would be world-class, and attractive to assure young people that they are not being sent to second-best options

3)The Saglemi Housing Project started under the last NDC government, is also high on our list of priorities this year. The five thousand (5,000) units it offers would boost our housing numbers. We are, therefore, establishing the value for money issues surrounding the project in order to reconcile the number of houses built with the schedule of payments made, and accelerate delivery.

How do we then hold you by your words?

What makes you accountable for your stewardship to the people?

Conspicuously missing strangely, was the eloquent silence on the stage of the vigilantism bill since we are in an election year. It was appropriate the president mentioned the current state of the bill and also explain to Ghanaians why he picked and chose the recommendations of the commission of enquiry into the Ayawaso West Wougon bye-election brouhaha.

One would have also expected that the president mentions something about the recent carnage on our roads and measures being put in place to address it.

What we saw at the state of the nation was a total embarrassment and too much politicization of our democracy. A group was sprayed with water just to prevent them from entering parliament because that group was perceived as belonging to a particular party and not Ghanaians enough.

I remain a citizen and not a spectator