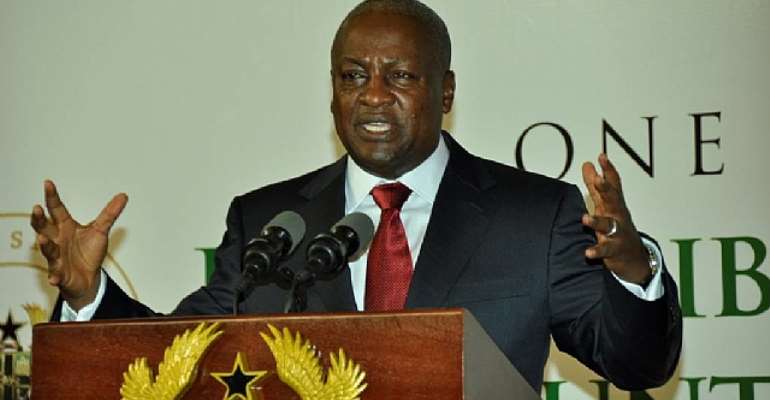 One cannot compare two given scenarios or characters and make an objective, prudent and valued judgement of both if you have not had the opportunity to experience the two. As Ghanaians, we are fortunate to have had a change government which brought the Nana Addo led administration into being and therefore gave us the opportunity to learn from both statesmen. A fair, candid and objective analysis of the two presidents in terms of their administration and character with regards to their relationship with the public and their opinions, gives a vivid and ample insight into who they are. In this year’s elections, I call on Ghanaians to come out and vote but vote massively for JM, not because of the sterling qualities he possesses over Nana Addo but because of the unprecedented developmental projects which were executed during his administration. I have taken the pains to outline just a few of the qualities of John Dramani Mahama and catalogue some of his achievements as president of Ghana to help the good people of Ghana make a responsible choice come December 7. Below are the reasons why we should bring JM back.

JM is a symbol of peace. In fact, he is known both in Ghana and at the international level as a peace maker who prefers peace over violence. This is justified by the fact that when he lost the 2016 elections, he humbly accepted defeat and handed over power peacefully to Nana Addo. He never contested the results in court because he respects the will of the people. Unlike Nana Addo who disrespected the choice of the people and challenged the verdict in court and was embarrassed monumentally by the supreme court.

John Dramani Mahama is not vengeful. That is to say, he forgives. John Mahama, never in his tenure, witch-hunted his opponents. He is non vindictive. He let the past to belong to the past and moved forward.

In terms of corruption, Nana Addo has perform excellently at that. Recent international ratings suggest that Ghana is the 80 least corrupt nation out of 180 countries, according to the 2019 Corruption Perceptions Index reported by Transparency International. For instance, the SADA Motors, Agyarku(former energy minister saga, The Galamsey saga and many others are concerned.

He is honest, truthful and respectful. He refused to deceive Ghanaians in order to perpetuate himself in power. He told Ghanaians the truth about the public purse and chose to lose on principle over convenience. Even though most of his party faithfuls were not happy with his decision, he stood his grounds and told Ghanaians the truth instead of lies. He could have promised them heaven and earth like Nana Addo did, but he did not. He could have promised he would pay teachers and nurses allowances, but being fully aware of the state of the economy, he chose not to. As Julius Malema of EFF in south Africa once said, "if we must lose, we must lose on principle, and not win on convenience." JM lost on principle!

He is a respecter of the rule of law. Throughout his administration he made sure the laws of the land prevailed over all other things. The rule of law was operating at its maximum during his regime. He made sure those who flouted the laws of the land were dealt with accordingly. Even for entertaining the thought of enriching herself in office, Victoria Hammah, his deputy minister of communication was not spared! She was dismissed.

He is the only statesman who has had the singular opportunity to learn all the needed experience of state administration. He is more experienced in state administration and governance than Nana Addo, having been an assembly man before. JM has been an assembly man, MP, deputy minister, minister, vice president and president. It is not for nothing that organisations, the world over, often require that potential job seekers have the requisite job experience before being employed. On this basis, JM having worked from the grassroots as an assembly man to President, has acquired all that is needed in order to be given the job as a president. If an organization was looking for a qualified person to be employed as president of a country, quite clearly, JM would have be far ahead of Nana Addo by virtue of his experience. Fortunately, on December 7 Ghanaians would be called upon to employ the most qualified person to be President of the country and the obvious choice ought to be John Dramani Mah One cannot compare two given scenarios or characters and make an objective, prudent and valuable judgement of both if you have not had the opportunity to experience the two.

It is in the light of the above that I humbly appeal to all Ghanaians to vote JM and bring him back to continue the good works left behind in DEC 7, 2020.

I am a CITIZEN, not a spectator!