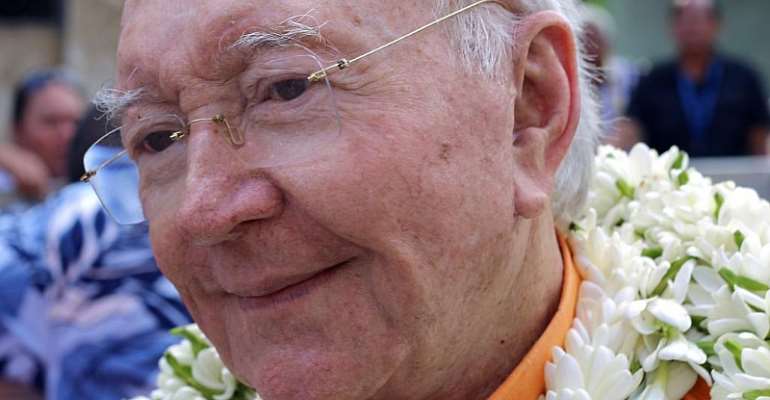 A court in Pape'ete rejected the appeal of former French Polynesia president Gaston Flosse to register to vote in the capital in order to eventually be a candidate for the municipal elections, because the court did not believe Flosse lived in a studio with his partner, his lawyer Dominique Antz told AFP on Friday.

In addition to the presidency, 88-year-old Flosse had also been a senator, a MP and the mayor of Pirae.

Flosse claimed that he had been living in Pape'ete for more than six months in a 15m2 sublet studio with his partner.

This room "cannot be qualified as living quarters,” according to the court, pointing out that the studio had no kitchen and there were no personal effects placed there, and could not be used as a main residence.

Flosse, previously ineligible to run for office after a number of corruption scandals, is hoping to return to politics.

"This accommodation lacks habitability? My God, when we see that Polynesians live in at 40 in a small space of a few square meters, and that 15 m2 is uninhabitable, it's really poking fun," Flosse told AFP.

The former politician invited the press to view his room, a space far removed from the mansions he had lived in before. He pointed out a kitchen and a shower, and a corner where he works on Tahoeraa, his political party. He also showed off his exercise bike, saying that he worked out on it “two hours a day.”

Antz, his lawyer, said he would be appealing the verdict. Flosse has until 27 February to meet the deadline to put his name forward as a candidate in the Pape'ete municipal elections.

Flosse worked under former French president Jacques Chirac from 1986 to 1988 as a deputy, senator and secretary of state, but began his political career as the mayor of Pirae for nearly 35 years from 1965, until he resigned in 2000.

Save Keta Municipal Assembly from bleeding - Protestors to A...
6 minutes ago