Spio, How Many Factories Did Woyome’s Loot Build? – Part 2 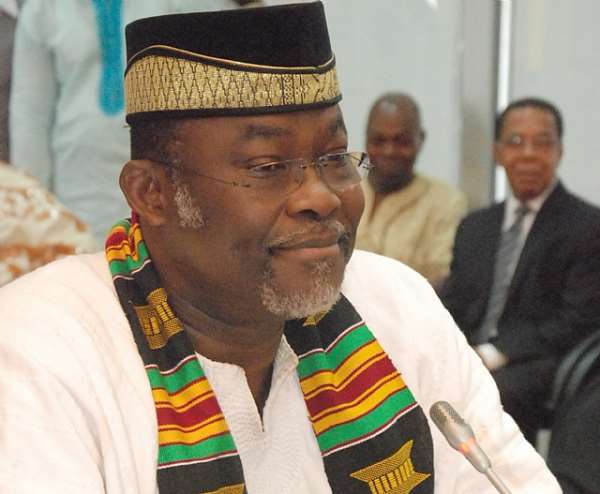 For a major player of a government whose most significant achievement was the wanton exploitation of the Ghanaian taxpayer, through the Mega-Scam that was the Judgment-Debt Racket that resulted in the apocalyptic fleecing the country to the tune of billions of cedis in a protracted collaborative scheme involving, largely, the leaders of the National Democratic Congress (NDC) and the owners of some foreign companies, Spio-Garbrah cries too much when he so cavalierly presumes to admonish that the GHȻ 400 Million voted by Parliament for the compilation of a new Biometric Voters’ Register (BVR) could be put to far better use, via the creation of at least 400 factories under the “One District, One Factory” policy initiative rolled out by President Addo Dankwa Akufo-Addo, thereby creating an exponential number of jobs for the teeming pool of unemployed Ghanaian youths and college and university graduates.

Maybe the most logical and appropriate question to ask the former Rawlings-appointed Communications Minister is why the Mills-Mahama regime, of which Mr. Spio-Garbrah was a key player, had not spent the GHȻ 51.2 Million that these National Democratic Congress’ movers-and-shakers colluded with Mr. Alfred Agbesi Woyome to skim off our National Treasury in constructively creating more jobs for the humongous pool of unemployed Ghanaian youths but, instead, this money had been selfishly and unpatriotically pocketed by well-heeled politicians like Messrs. Atta-Mills, Mahama, Asiedu-Nketia and, you guessed right, Spio-Garbrah himself! The fact of the matter is that contrary to what he would have the rest of the nation and, indeed, the proverbial International Community believe, Ghanaian citizens are much too sophisticated to be so facilely misled into compromising the integrity of their sacred electoral process and thus their fundamental human right to political self-determination.

You see, heavily investing in the sort of job creation enterprise or venture that the former Ghana’s Ambassador to the United States is talking about is perfectly kosher or hunky-dory. But it would be more than scandalous, simply criminal, to expect the creation of such jobs to be effected at the expense of seriously undermining the fundamental human right of Ghanaian citizens to decide which or who among the leaders of our two major political parties get to govern them and manage the affairs of our country and, in effect, our destiny. Indeed, if job creation were that important to NDC leaders like Mr. Spio-Garbrah, why do these so-called social-democrats prefer to rather point to how many roads, highways and bridges that were built under their 8-year tenure, than the number of jobs or industrial plants or factories created by their government or facilitated by the latter? I have already explained what follows shortly in the next paragraph in a previous column and therefore do not feel the need to belabor the same in the present column.

And it is, briefly, the fact that at absolutely no point in time either during his electioneering campaign or his presidency did Nana Addo Dankwa Akufo-Addo promise that each and every one of the factories to be created under the “One District, One Factory” policy initiative was to be created directly by his New Patriotic Party government. Absolutely no neoliberal, market-oriented and/or capitalist-oriented government takes this kind of approach to national development anywhere in the world. Rather, all property-owning democrats and democracies prefer to create conducive policy climates for entrepreneurs to grow their own business, through which profit-making enterprises plenty of jobs are created for community residents and the citizenry at large.

In short, what the Akufo-Addo government has been doing so far, and rightly so, for the most part, has been to “incentivize” or invest in citizens with proven talents and skills but woefully lacking in the requisite fiscal resources to enable these budding entrepreneurs to significantly contribute to the economic development of the country. Which is why from time to time, the President and his senior staff and cabinet appointees and executives have invited carefully selected prospective entrepreneurs or small-scale successful entrepreneurs in dire need of seed capital and skills upgrade, respectively, for participation in workshops organized and/or hosted at Jubilee House or elsewhere around the country. In other words, it is only clueless and technocratically untutored or woefully under-tutored faux-socialist politicians like the leaders of the National Democratic Congress, including Mr. Spio-Garbrah, who believe, facetiously, that job creation is the main or primary business of government.

You see, the main business of most modern postcolonial market-oriented democratic governments is to create conditions for businesses to grow. The Chinese learned this very fast under the very progressive and foresighted leadership of late Premier Deng Xiaoping, in the late 1980s and much of the 1990s. The Russians have also been learning free-enterprise capitalism very fast since the revolutionary 1990s, under Mikhail Gorbachev’s “Perestroika.” It is only the peacock-head-in-sand leaders of the National Democratic Congress who seem to think that Government is the answer for all of the basic problems of society, especially labor and economic problems, although the first policy choice of these NDC social-democrats is to scam or bilk the Ghanaian taxpayer via the criminal drawing of double salaries and the vicious and kleptocratic rigging up of Judgment-Debt rackets, as riotously and rampantly occurred under the ungodly watch of the Mills-Mahama regime.