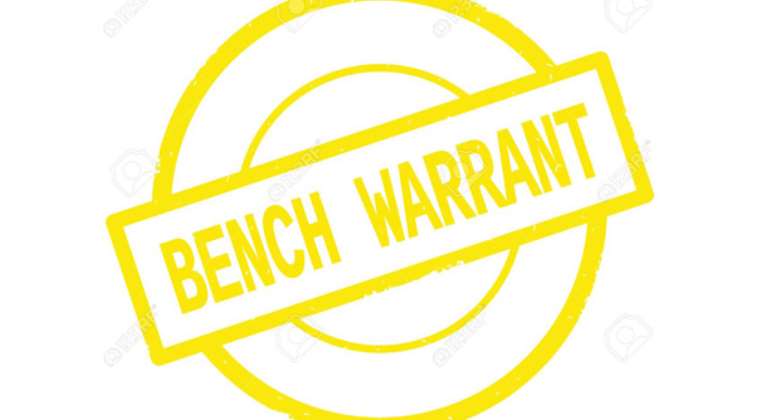 An Accra high court has issued a bench warrant for the arrest of George Tackie Abia aka Nii Tackie Adama Latse for his failure to appear in court.

The arrest warrant was issued after the suspect failed to attend court on two occasions in a quasi-criminal matter without informing the court of his absence from the jurisdiction.

It was filed ex parte by Nii Agyemankese II who is also known as Emmanuel Martey Ammah.

The warrant which was issued by Justice Gifty Adjei Addo indicated that per a medical record filed in the court, the respondent's doctor had advised that he sought medical treatment from outside the country and once the case was a quasi-criminal one, Nii Tackie Adama Latse ought to have sought the leave of the court before leaving the jurisdiction.

“As it presently stands there is no evidence before me that the respondent is out of the jurisdiction and for his failure to attend court on a quasi-criminal matter, I hereby order that a bench warrant be issued for his arrest for him to be brought before the court,” the order said.

The matter was adjourned indefinitely for Nii Tackie Adam Latse to be brought to court on any day upon the execution of the bench warrant.