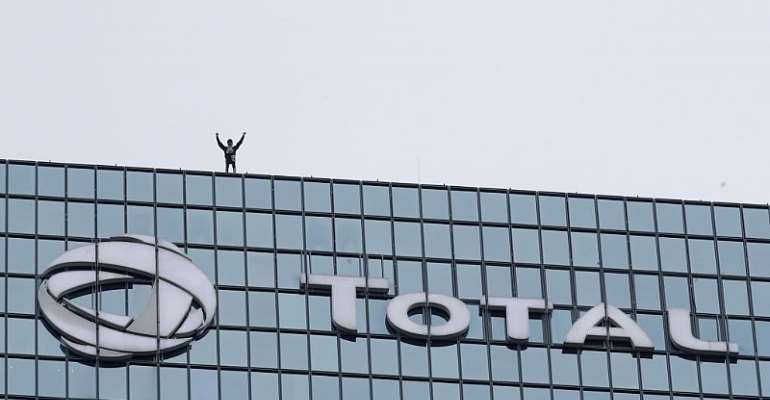 Robert, 57, stood with both arms aloft after reaching the summit of the 187-metre high tower, which stands in the French capital's business district, La Defense.

"I am trying to use my fame for something I find meaningful," Robert told Reuters, adding that he was himself "deeply concerned" by the pension reform plans.

Robert has climbed more than 100 structures, including the Golden Gate Bridge in San Francisco and the world's tallest building, the Burj al Khalifa in Dubai.

Monday's ascent was the ninth time that Robert had climbed the Total tower.

He often climbs without permission and has been arrested on numerous occasions. He climbs without a harness, using only his bare hands, a pair of climbing shoes, and a bag of powdered chalk to wipe off the sweat.

Strikes to roll on
France has been dogged by strikes and street protests for more than a month as unions push back against Macron's drive to streamline the pension system and avert a looming 17 billion euro pension deficit.

Prime Minister Edouard Philippe announced Saturday that he would drop plans to increase the official age for a full pension to 64 from 62, a move welcomed by more moderate trade unions like the CFDT.

But the more hardline CGT, FO and Solidaires unions were standing firm, calling for the strike and protests to continue, including another major demonstration on Thursday.

Demonstrators in the capital on Saturday, some masked and hooded, broke shop windows and set fires along their protest route, and threw projectiles at police in riot gear who responded with tear gas.

The government however is not budging on its overall plan for a universal scheme to rationalise 42 existing pension schemes into a single, points-based system it says will be fairer and more transparent.