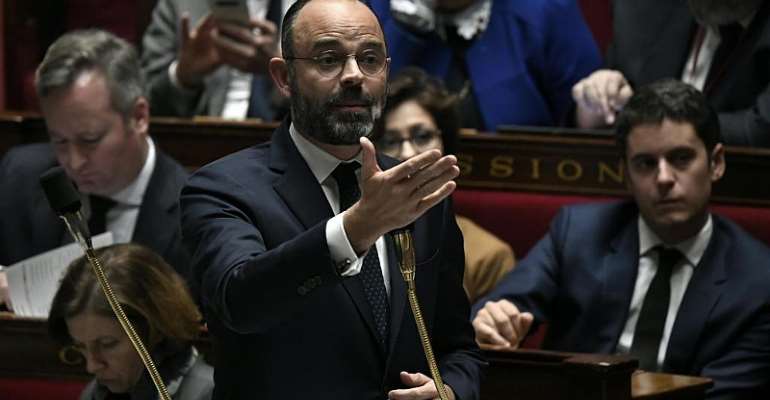 French Prime Minister Edouard Philippe has said he is "willing to withdraw" a contested clause on raising the retirement age by two years from pension reform plans, as new street protests reverberated across the country and a transport strike entered its 38th day.

"To demonstrate my confidence in the social partners... I am willing to withdraw from the bill the short-term measure I had proposed" to set a so-called "pivot age" of 64 with effect from 2027, Philippe wrote in a letter to union leaders Saturday.

The message was delivered as thousands of protesters took to the streets of Paris and other major cities in the fifth mass mobilisation since 5 December to demand the government drop the pension overhaul.

Under the proposal, the legal retirement age would remain 62 but workers who left at that point would not receive their maximum pension. The idea was thus to encourage more people to work two years longer to 64, but unions, including the moderate CFDT, said an increase of the retirement age “crossed a red line”.

On Friday, French President Emmanuel Macron defended the reform, saying that for the pension system to remain financially viable as a growing number of retirees live longer, "either one has to contribute more, or one has to agree to work a little longer", while insisting he does not want to see pensions lowered.

Philippe said Saturday the concept of an "age of equilibrium" would remain part of the reform, though he did not spell out what this means.

The premier also announced there would be a finance conference at the unions' request to study ways of funding the pension system. Their conclusions are expected at the end of April.

If the conference fails to come up with solutions, the government will take the "necessary measures to achieve equilibrium" in the system by 2027, the prime minister warned.

Impasse
The government is due to present its reform plan to the cabinet by 24 January and the National Assembly by 17 February, but it can still be redrafted later.

The moderate CFDT union welcomed "the withdrawal of the pivot age" from the bill.

However, it is still unclear whether the announcement will be enough to reassure hard-left unions, who want the pension reform to be scrapped altogether.