Soleimani strike: Why now and what next? 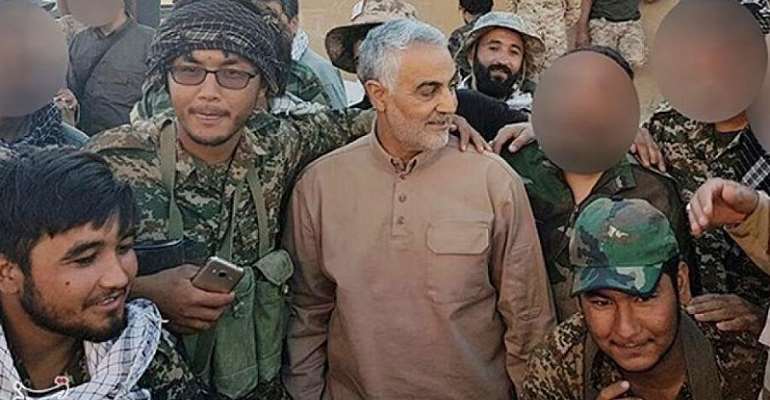 The killing of Qassem Suleimani has sent simmering US-Iran tensions boiling over – and it could strengthen the position of Tehran's hardliners. Iran has said it will avoid taking "hasty action” for the moment. But what made Washington decide to take hostilities to the next level, and why now?

Iran's Mehr News Agency quoted army spokesman General Abolfazl Shekarchi as saying: “In the event of an Iran-US war or any confrontation, Americans will suffer severely.

"Americans have taken an irreversible step."

Chain of violent events
The assassintation of Suleimani, the chief of Iran's proxy forces abroad, the Quds Forces, is the latest in a series of violent events that began on last week on 28 December.

Rockets targeted a US base near the oil-rich city of Kirkuk in the north of Iraq, killing an American contractor and wounding several Iraqi and American service personnel.

A day later, the US struck five locations of Iran-supported Iraqi Kataib Hezbollah Shia militia and Quds Forces at al Qaim in Iraq and Abu Kamal in Syria. At least 25 were reported killed, including Iranian officers.

In response, an angry mob of pro-Iran demonstrators gathered in Baghdad and stormed the US embassy.

Meanwhile, the Israeli website DebkaFile, run by former Mossad agents, claimed that Soleimani had ordered Hezbollah fighters in Baghdad to transfer Iran-supplied rockets from storage to residential areas "as a means of deterring a US attack”.

This fueled speculation of another “impending US assault”, which proved to be correct: On 3 January, a precision US drone strike killed Soleimani and Iraqi paramilitary heavyweight Abu Mahdi al-Muhandis.

The remains of Suleimani will be transferred from Bagdad to Iran on Monday where he will be buried in his home town of Kerman.

Modest man
In a lengthy 2013 New Yorker magazine portrait of Suleimani, the al-Quds leader was described as a “modest” man, who “carries himself inconspicuously and rarely raises his voice”.

The article describes a man who was hardened in the 1980-1988 Iran-Iraq war, becoming the architect of expanding Iranian influence in Iraq, Syria and Lebanon.

During a brief love affair between Iran and the US, there were indirect negotiations between Suleimani and US officials on how to attack their common enemy, the Taliban after the 9/11 twin tower attacks.

But everything changed after George W. Bush's 2002 “axis of evil” speech, which estranged the Iranians completely and, according to The New Yorker, had Suleimani in “a tearing rage,” trashing all hopes for any good relationship.

In 2003, the US invaded Iraq, and Iran lay low, fearing to be next. But Tehran grew in confidence when the invasion faltered, becoming aggressive and relaunching anti-American attacks – often through proxies – in a policy that has lasted until today.

Mass anti-government demonstrations
“The US strikes throw into question the future of the US military presence in Iraq, 17 years after US-led forces toppled the regime of Saddam Hussein,” says Middle East watcher James M. Dorsey, with at Nanyang Technological University's S. Rajaratnam School of International Studies.

He says that a mass anti-government demonstration movement in Iraq is now likely to turn its attention to US boots on the ground.

"If protesters focussed their demand for a withdrawal of all foreign forces primarily on Iranian influence, prior to the US strikes, they now focus equally on the presence of US forces.”

France: stick to JCPOA
Iran says it may continue to step back from the 2015 nuclear deal, which was left in tatters after the US unilaterally withdrew in 2018.

A former commander of Iran's Revolutionary Guards, Mohsen Rezaei, wrote on Twiter, “Until Iran's decisive and harsh response to [US President Donald] Trump, going ahead with the fifth step in reducing JCPOA commitments as soon as possible is vital."

Iran has already overstepped four stages of the agreement, including a cap on 300 kilogrammes of enriched uranium stockpiles, and a 3.67 percent enrichment level limit.

French Minister of Foreign Affairs Jean-Yves Le Drian repeated calls from the European Union for Terhan to avoid further breaches of the JCPOA.

Both Tehran and Washington have reproached Brussels over its stance on the deal. The US says the EU is too soft on Tehran, while the Iranians say the three European JCPOA parnters do not have the courage to stand up to Trump.

Ghana could default on debt payment if government fails to s...
4 minutes ago

No retreat, no surrender — Ablakwa chases gov't for cost of ...
12 minutes ago