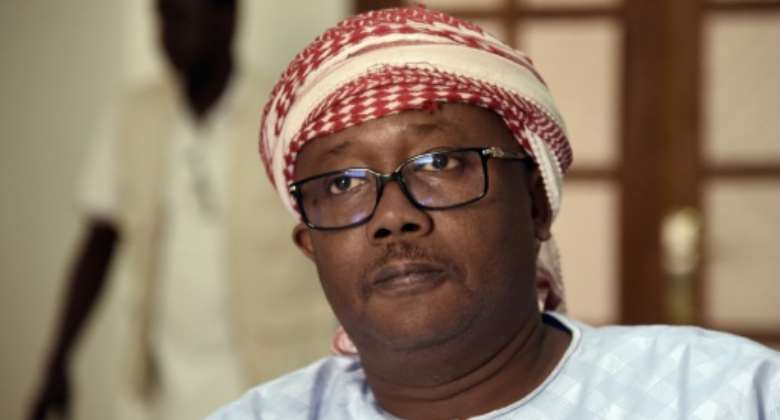 Umaro Sissoco Embalo, who on Wednesday was declared victor in Guinea-Bissau's presidential elections, portrays himself as a unifier in a country with a long history of political turmoil.

Embalo, 47, likes to wear a red-and-white Arab keffiyeh headress, stresses his marriage as a Muslim man to a Christian woman and makes his political pitches in Portuguese Creole, Guinea-Bissau's grassroots language.

He is also a former prime minister, serving under outgoing president Jose Mario Vaz between 2016 and 2018.

He teamed up with Madem, a party formed by rebels of the country's historic ruling party, PAIGC.

Embalo, a reserve brigadier general, trailed Pereira in the first round of voting on November 24 with just under 28 percent.

But "The General" was able to reverse his deficit by securing the backing of eliminated candidates and with the help of a feisty performance in a TV election debate.

He rounded on Pereira for accusing him of illegally financing his campaign and lashed the PAIGC for its management of the economy.

Born in the capital city Bissau, Embalo is a member of the Fulani ethnic group, and he studied social and political science in Spain and Portugal. The father of three is a football fan, and supports Belgian team Standard Liege.

He sought early retirement from the army in the 1990s, and got involving in business, including an investment fund set up by the regime of ousted Libyan dictator Moamer Kadhafi.

In October, Prime Minister Aristide Gomes of the PAIGC, accused him of plotting a coup, charges Embalo denied.

"I'm not a bandit and I never get involved in subversive actions. Those who know me know that I am not violent," he told AFP at the time.

Mankessim murder: Another suspect grabbed at Akwakrom
40 minutes ago