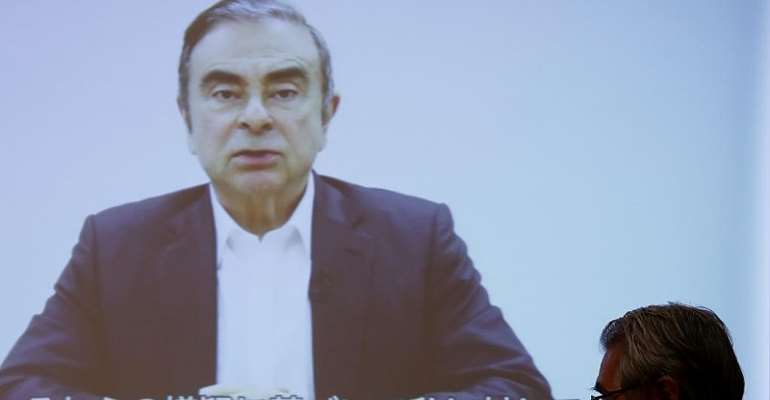 Former Renault-Nissan chairperson Carlos Ghosn has flown to Lebanon in defiance of bail conditions in Japan, where he faces charges of financial misconduct. The French government said Tuesday that Ghosn would receive consular assistance.

Ghosn said he had left Japan to avoid “injustice and political persecution” over allegations that he siphoned millions of euros' worth of funds from the powerful Renault-Nissan alliance of carmakers when he headed the company.

“I am now in Lebanon and will no longer be held hostage by a rigged Japanese justice system where guilt is presumed, discrimination is rampant, and basic human rights are denied, in flagrant disregard of Japan's legal obligations under international law and treaties it is bound to uphold,” Ghosn said in a statement on Tuesday.

It was not clear how the celebrity businessperson was able to leave Japan, where he was awaiting trial under bail conditions that forbid overseas travel. He promised to talk to the media next week.

Japanese media cited prosecutors, speaking anonymously, saying they did not know how Ghosn had left.

Ghosn's main defence lawyer said he has had no contact with his client for a week and did not know how the businessperson could have left the country.

“We were completely caught by surprise. I am dumbfounded,” Junichiro Hironaka told reporters, adding he had no contact with Ghosn, did not know how to reach him and learned about the flight on television.

Hironaka added his team of lawyers were still in possession Ghosn's three passports, as required by the terms of bail. He added Ghosn's actions were “inexcusable”.

French government 'surprised'
French junior economy minister Agnès Pannier-Runacher said Tuesday she was “very surprised” by the news, which she said she learned of via the media.

She told France Inter radio that no one was above the law but that Ghosn, who holds French, Lebanese and Brazilian citizenship, would be able to get French consular support.

Ghosn was arrested in November 2018 and was expected to face trial in April 2020.