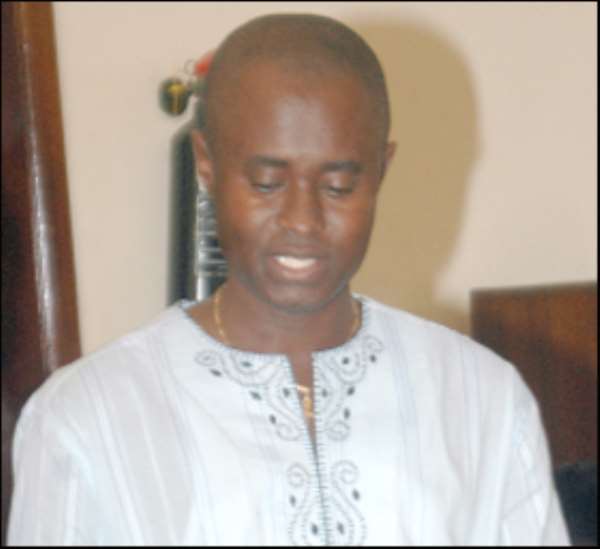 It ought to be obvious to the founding-leader of the United Front Party (UFP) that there is absolutely no viable alternative to the Akufo-Addo-led Administration of the New Patriotic Party (NPP) among all the legion legitimately registered present opposition parties in the country (See “Wontumi, NPP Executives Are Villagers – Dr. Agyenim Boateng” MyNewsGh.com 11/28/19). Nana Agyenim Boateng, also known as Dr. Agyenim Boateng, claims that although voters in the Asante Region, more than any other region in Ghana, put the then-Candidate Addo Dankwa Akufo-Addo in power, little material or substantive economic development has been effected in the country’s most populous region in the three years that President Addo Dankwa Akufo-Addo has wielded the democratic reins of governance.

Among the bitter complaints of the United Front Party leader is that there are too many deplorable road networks in the Asante Region that need to be immediately repaired. Well, nobody can honestly doubt the veracity of the preceding complaint. However, what Dr. Agyenim Boateng egregiously failed to point out is the fact that the deplorable state or condition of most of the roadways or networks in the Asante Region did not fall into abject disrepair only within the past three years since the Akufo-Addo-led New Patriotic Party assumed reins of Ghana’s governance. Very likely, the situation had been as bleak as the UFP leader claims throughout the 8-year tenure of the tandem regimes of President John Evans Atta-Mills, late, and President John Dramani Mahama, both former leaders of the present main opposition National Democratic Congress.

Which, of course, is absolutely in no way to suggest that the key operatives of the Akufo-Addo Administration, in particular Mr. Kwasi Amoako-Atta, the dynamic Minister for Road Transport, could not double down any further to ensure that more roadways were put into shape and order in the Asante Region and promptly so. What the preceding observation means is that a damage that has been deliberately, systematically and callously caused over a period of more than 8 years or nearly a decade, cannot be expected to be swiftly and completely remedied in barely a quarter of the period during which such humongous damage was done or caused. It takes far more energy and fiscal resources to build or construct than to tear down, which was what most of the key players of the previous regime did to our nation and our economy.

Even more significant and worth fully appreciating is the fact that except for the John Agyekum-Kufuor-implemented National Health Insurance Scheme (NHIS) that benefited Ghanaians all across the country, it is only Nana Akufo-Addo, with the unprecedented implementation of the universal fee-free Senior High School System, who could be genuinely and credibly credited with having implemented policy measures and initiatives that have benefited all Ghanaian citizens across the board, as it were, without regard to ethnicity, religion, ideological and/or political suasion and region of birth and/or origin.

Indeed, if he wanted to, President Akufo-Addo could also claim proud ownership of the National Health Insurance Scheme, as the latter presently exists, in view of the fact that Mr. Agyekum-Kufuor had selfishly allowed this great and quite enviable legacy of his to fall into the predatory and kleptocratic hands of the key operatives of the National Democratic Congress, whose unabashedly criminal Cash-and-Carry mentality had effectively brought this landmark social intervention program to a screeching halt of insolvency. It goes without saying that it has taken the genius and inimitable and visionary competence of Ghana’s former Attorney-General and Minister of Justice to get our public health insurance system up and running again.

If the development process, in the estimation or the imagination of Nana Agyenim Boateng, is not progressing as fast as it ought to, the problem may equally be one of the dire scarcity of fiscal resources and the dispiritingly tough time that the government is having in rooting out the cancer of official corruption which, according to some critics and observers, may very well be at an all-time high, perhaps because some operatives of the current Administration who had been pushed onto the gray and arid margins of opposition political culture, for approximately a decade, perceive their newfound power and influence to be primarily an instrument for personal wealth acquisition than a prime opportunity to facilitate the salutary and rapid development of the country as a whole.

In the latter sense, some of these New Patriotic Party operatives may not be envisaged to be any significantly better or more morally righteous than their double-salary drawing political thugs and scam-artists of the previous Mahama regime.