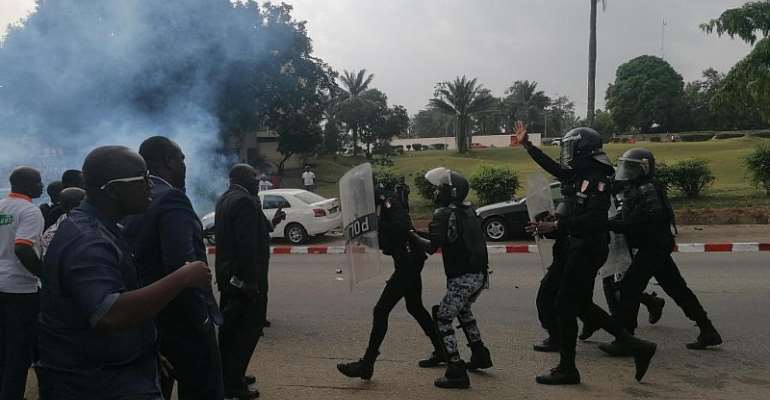 Public prosecutor Richard Adou said on national TV on Monday night that the country's intelligence agency had gathered enough evidence including audio recordings that showed that there were clear attempts to destabilise the country.

Fifteen of Soro's supporters, incuding advisor Alain Lobognon, were also detained but Adou said they were being held on separate charges.

The arrest warrant for Soro effectively prevented the one time rebel leader from returning to the country after spending six months in Europe following rows with President Alassane Ouattara.

On Friday, Ivorian authorities gave Soro permission for his private jet to land. But on his way from Le Bourget airport in France to Abidjan on Monday he rerouted his flight towards Ghana.

The plane landed in Accra around 2:30pm and left because he was not allowed to disembark. On Tuesday he tweeted that he was heading towards Europe.

Surge
Soro rose to international prominence as the leader of the Forces Nouvelles rebellion against then President Laurent Gbagbo during Côte d'Ivoire's civil war.

After the 2007 peace deal, Soro served as prime minister under the successive governments of Laurent Gbagbo and Ouattara between 2007 and 2012.

He was then Speaker of the National Assembly until 2019.

In October, he announced his intention to run for the October 2020 presidential polls in Cote D'Ivoire.

Fracas
In Abidjan, on Monday, police fired tear gas at supporters gathered outside the headquarters of Soro's Generations and People in Solidarity party (GPS) during a press conference.

RFI's correspondent, Edouard Dropsy, who attended the meeting, said that members of the gendarmerie climbed inside the headquarters to open the gate to masked men.

He added that following scuffles with police, occupants were forced to leave while the equipment of journalists was confiscated.