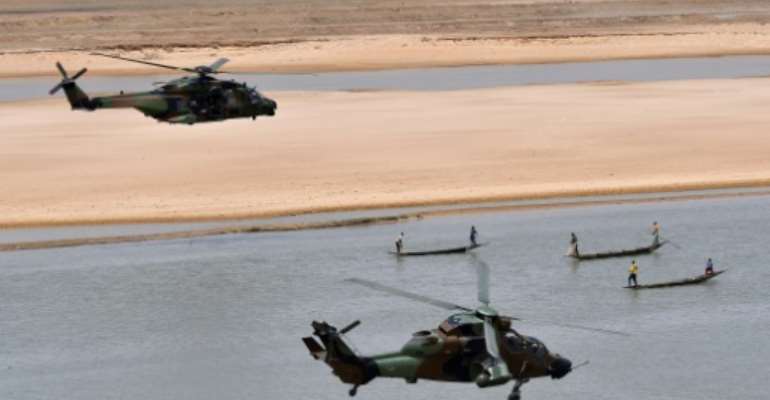 President Emmanuel Macron said French forces had "neutralised" several dozen jihadists in Mali on Saturday, as he visited West Africa with a pledge to give new force to the battle against Islamist militants in the region.

The operation involving teams of commandos and attack helicopters in the flashpoint city of Mopti in central Mali came just weeks after 13 French soldiers were killed in a helicopter crash as they hunted jihadists in the country's north.

Macron said in a speech to the French community in Ivory Coast that 33 "terrorists" had been "neutralised", a term a source close to the presidency said meant they had been killed.

"We have had losses, we also have victories this morning thanks to the commitment of our soldiers and Operation Barkhane," he said, referring to the France's military operation against Islamist militants in the Sahel.

Last month's crash was the biggest single-day loss for the French military in nearly four decades and raised fresh questions about the effectiveness of France's 4,500-member operation.

Macron arrived in Ivory Coast on Friday to celebrate Christmas with French troops but the jihadist insurgency in the region is a top item on Macron's agenda during his 48-hour stay.

"Guided by a Reaper drone, a helicopter assault was carried out at night by dozens of commandos supported by Tiger helicopters," it said.

'Must not let threat flourish'

Away from weeks of protest strikes gripping France, Macron's personal chef travelled with him to cook dinner on Friday for around 1,000 troops at the military base in Port-Bouet, near Abidjan's airport.

"I hope we can give new depth, new commitments, a new force to this operation and win a fight that is key to the stability and security of the Sahel," the French leader, who turned 42 on Saturday, told the troops.

Despite the French troop presence and a 13,000-strong UN peacekeeping force in Mali, the conflict that erupted in 2012 has engulfed the centre of the country and spread to neighbouring Burkina Faso and Niger.

The leaders of five Sahel nations are due to attend a summit in Paris on January 13, when Macron said they would clarify the "political and strategic framework" of the operation against the militants.

On Sunday, Macron will pay a flying visit for talks with President Mahamadou Issoufou of Niger, where jihadist attacks are frequent.

In Abidjan, he said he wanted to build a new relationship between France and Ivory Coast, in particular helping youth and developing sport.