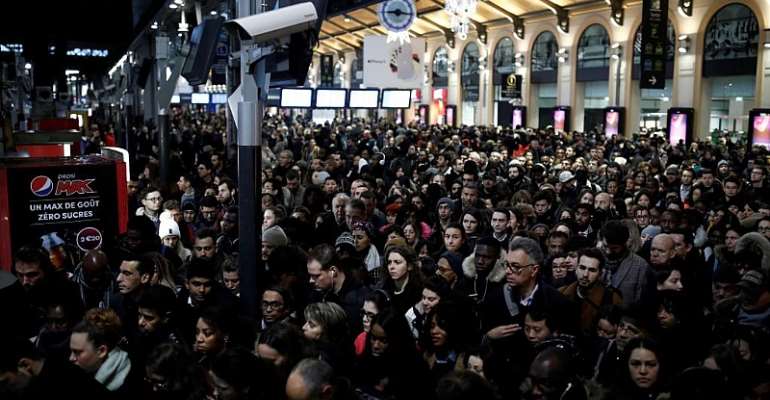 The French transport strike over pension reform has entered its third week, with little relief in sight after talks between unions and the government failed to bring the two sides any closer to a compromise.

More talks are scheduled for Thursday, and President Emmanuel Macron has indicated he is "willing to improve" his plan to eliminate dozens of separate pension schemes by creating a single points-based system.

The trade unions have rejected the new age limit of 64 that workers would have to reach in order to receive a full pension, beyond the official retirement age of 62.

Berger, whose moderate union supports a single system, said that Philippe "again said he would insist on this pivot age, and we told him that was not an option for us."

Holiday plans in jeopardy for millions
Other unions have demanded the reform be abandoned completely, and are banking on public support for a strike that has wreaked havoc on daily commutes, and now looks set to jeopardise holiday travel plans.

An opinion poll released Wednesday found that six in 10 respondents (57 percent) opposed the government reform project, an increase of eight points from a week earlier, with just 43 percent approving.

Six of the 16 Paris metro lines were shut completely on Thursday and suburban rail lines remained severely disrupted, as were services on national lines.

Electricity distributor Enedis said striking workers had cut power to some 3,500 homes near Perpignan in southern France, following cuts in Paris, Lyon, Bordeaux and other cities this week.

Officials have said they are ready to compromise on the pensions overhaul, which the government claims will be fairer and more transparent, in particular for women and low earners.

France currently has 42 different systems which offer early retirement and other benefits mainly to public-sector employees, including train drivers.

The unions claim the overhaul would effectively force millions of people in both the public and private sectors to retire later or face curtailed pension benefits.

#FixTheCountry campaign goes international with over 500,000...
26 minutes ago