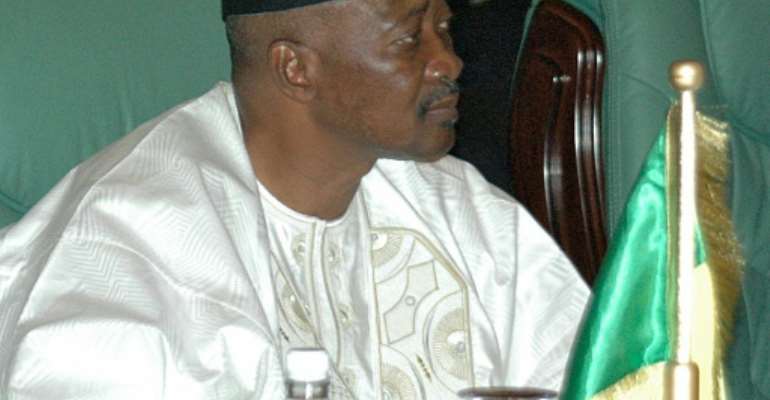 Mali's ex-president Amadou Toumani Toure has returned to Bamako from exile, prompting speculation about his making a political comeback. By MAHMUD TURKIA (AFP)

A former Malian president overthrown in a 2012 coup has returned from exile to the capital Bamako, prompting speculation about a political comeback as the country's security crisis deteriorates further.

Amadou Toumani Toure -- better known as "ATT" -- with his family on Sunday night landed in Bamako airport, where he was welcomed by some 1,000 supporters, according to an AFP journalist.

"I'm doing well and I'm happy to be here," Toure said in a brief statement.

He had been ousted in a military coup in 2012 after separatists and jihadists seized much of northern Mali.

He formally resigned shortly after and went into exile in neighbouring Senegal, where he kept a low profile.

The former president has now arrived back home just as incumbent President Ibrahim Boubacar Keita is hosting talks hoping to find a political solution to the rolling crisis in the vast West African country.

Violence in Mali has grown worse since 2012, spreading to the centre of the country and to neighbouring Sahel states despite the presence of thousands of foreign troops.

Toure has yet to comment on the reasons for his return.

"I have come to welcome ATT because he's the father of Malian democracy," Oumar Toure, a 32-year-old teacher, told AFP.

Another of the former leader's supporters said the country needs him because of his experience.

"Nothing has worked since he left Mali," the supporter, who declined to give his name, said.

Former MP Mohamed Coulibaly said it was certain Toure would return to the political arena. "He will not distance himself," he said.

Toure, 71, visited Mali briefly in 2017, but he is back for good this time, according to people close to him.

A former army general he was elected president in 2002 and then in 2007, before he lost the north and the military overthrew him, accusing him of incompetence.

He remains a popular figure in Mali, however.

In 2016, Mali's parliament rejected pursuing charges -- including high treason -- against Toure by a huge majority.