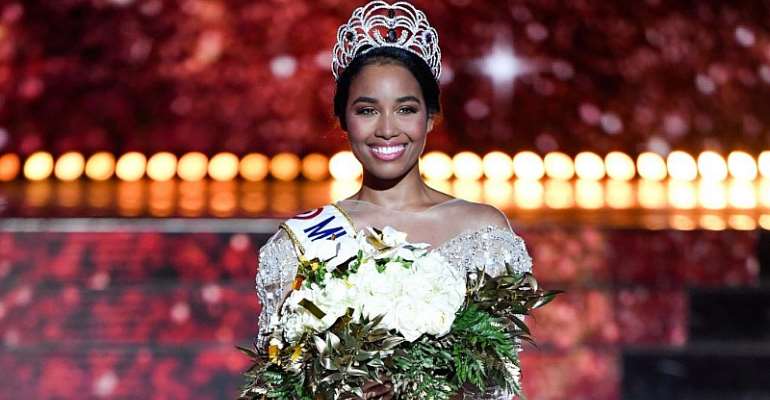 Miss Guadeloupe, Clémence Botino, took home the prestigious Miss France crown on Saturday night becoming the third Guadeloupan to win the honour, at a time when beauty pageants are increasingly railed by feminists.

The announcement came just after midnight on Saturday when Botino, a relative outsider claimed the title.

Her knees trembling in a state of shock, the 22-year-old had to be helped by her rivals on stage at the performance hall in Marseille.

"I had to support her, luckily there was a lot of people around," said Sylvie Tellier, a former Miss France and president of the beauty pageant.

Born in the French overseas territory of Guadeloupe, the brunette, who measures 5'8" wowed the crowds through rounds of swimsuit struts, dancing and questions on social issues.

Described as an intellectual and a ball of energy by organisers, Botino insisted she would remain humble and kind. "Beauty is intelligence," she said. "It is about putting yourself forward and knowing who you are."

Degrading or liberating?
Beauty pageants nonetheless, continue to be condemned by feminists who argue they reinforce the idea that looks are the most important quality in a woman.

The new Miss France however argues the experience can also be a form of empowerment.

"Pageants are a platform for women to do good and what they believe in."

Her victory has been celebrated in Guadeloupe, which on Saturday also saw another former Miss Guadeloupe, Ophély Mézino, scoop second place in the Miss World contest.

"We are extremely proud of her achievements," Josette Borel Lincertin, president of Guadeloupe's regional council wrote on Facebook.

"It is a beautiful symbol of a France that is multicultural and proud of its diversity," she added.

Rise of black beauty
Elsewhere this year, other major beauty pageants such as Miss Universe have also been won by black women.

Although pageants are criticized for being regressive leftovers from a different time, Botino, who is enrolled at the Sorbonne University studying art history, is hoping to show the women involved are more than just pretty faces.

This notwithstanding, critics will lament the fact that the event is still about commercial entertainment where ratings matter.

Last year, the ceremony, which airs on TF1, was watched by 7,3 million viewers and drew the channel's second highest ratings.

Forgetting #MeToo
The record was in 2006 with more than 9.4 million viewers. But since then, the Miss France contest has struggled to climb over the 8 million mark.

The seven digit numbers nonetheless are still too high for feminist groups like Osez le Féminisme.

They regret that little has been learnt since the #MeToo movement, which shone a spotlight on sexual harassment and discrimination against women.

"We feel a little hopeless [by the success of Miss France] and by the fact that things have not improved as much as we'd liked," the organisation said.