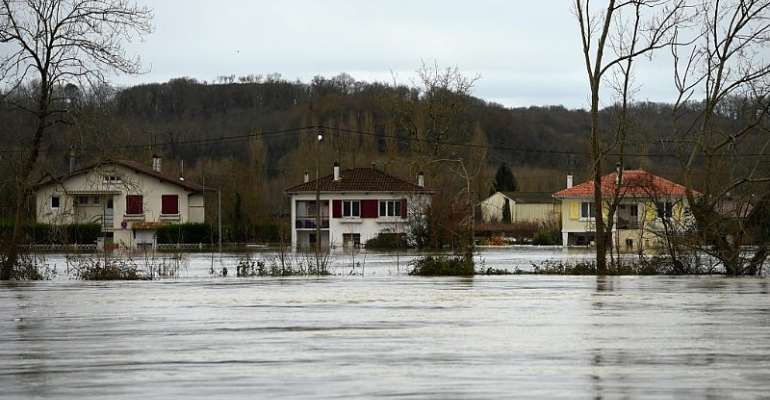 Flood warnings remained in place across eleven departments in south-western France on Sunday after heavy rains and violent winds killed two people and cut off electricity in about 70,000 homes.

In Espeins in the Lot-et-Garonne region, a man in his seventies was swept away on Friday night by rising waters when he went out to fetch his mail.

The department, which was placed under red alert for floods, is expected to face rising flood levels for much of Sunday, which could force many roads to close, including the bankside road to Agen, a strategic crossing bordering the Garonne.

Some residents took to Twitter to express their dismay at the heavy rains, which left the Agen road "underwater, for the first time in years."

On Friday, a 70-year-old man died in the department of Pyrenees-Atlantique in the Basque Country, when his vehicle struck a tree that had fallen onto the road during the storms.

Five others were injured when trees fell on their vehicles.

Rescuers resumed searches Saturday as floods inundated parts of the region with waters rising to up to three metres and by 30 centimetres per hour in some areas and leaving some 400,000 homes without power.

A rugby rematch between Cardiff Blues and Pau for the European Challenge Cup in the city of Pau was initially cancelled but finally went ahead, ending with a victory for the French side.