Regret Is Not Enough, Mr. President! 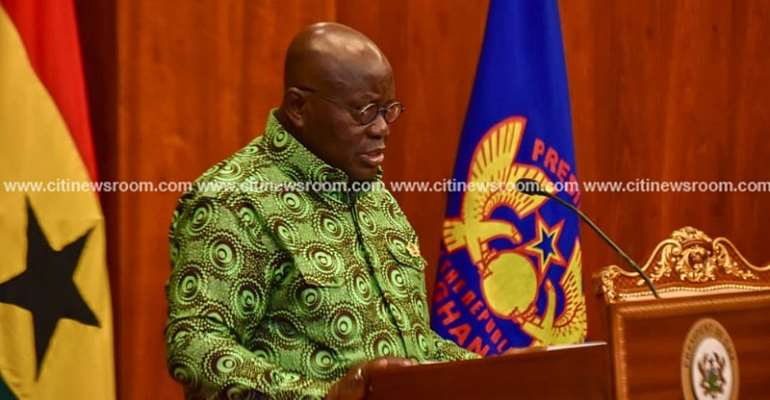 At a meet-the-press conference earlier today, at Jubilee House, President Addo Dankwa Akufo-Addo was reported to have stated that his “biggest regret” during the year 2019, was the brutal kidnapping and murder of the four young Sekondi-Takoradi women, namely, Priscilla Blessing Bentum, 21; Priscilla Mantebea Koranchie, 18; Ruth Love Quayson, 18; and Ruth Abeka, no age given in the news report referenced here, by a criminal ring of some Nigerian nationals resident in the country. As of this writing, two Nigerian-born prime suspects had been arrested and charged with this heinous crime against Ghanaian, African and global humanity. The names of the prime suspects are given as Samuel Udotek Wills and John Oji (See “Akufo-Addo Reveals Biggest Regret in 2019” Adomonline.com / Ghanaweb.com 12/13/19).

Nobody needs to tell Nana Akufo-Addo that it is imperative and incumbent upon him to go far beyond the mere expression of regret, by ensuring that tougher laws are enacted and rigidly enforced against any foreign nationals who enter our country with the sole and express purpose of endangering and destroying the lives of our youths and future leaders and corporate managers and workers, especially our young women. For this writer, however, the greatest regret on the part of the President ought to have been the equally brutal slaying of the military security personnel attached to the Presidency at the time, on the Accra-Tema Motorway, if memory serves yours truly accurately. For, it goes without saying that it was this most heinous act of criminality that brought into sharp relief the hitherto generally acknowledged acute crisis level of insecurity in the country.

In eerily metaphorical terms, the preceding heinous act of first-order criminality was literally akin to the savage assassination of the President himself and the effective overthrow of the Akufo-Addo-led government of the New Patriotic Party (NPP). But, of course, with an election year heavily looming in the background, it made perfect sense for the President to have spotlighted the brutal abduction and the savage slaying of the four Sekondi-Takoradi young women. But even more significant, Nana Akufo-Addo ought to have expressed regret over the fact that, to-date, the real prime suspects behind the apocalyptic assassination of his own cousin and extant New Patriotic Party’s Member of Parliament for Akyem-Abuakwa-North, Mr. Joseph Boakye Danquah-Adu, have yet to be arrested and vigorously prosecuted. The President does not need to be reminded of that age-old jaded maxim that runs as follows: “Charity must begin at home.”

In other words, nobody ought to expect Nana Akufo-Addo to effectively get to the bottom of the scores of killings and assassinations that have occurred in the country over at least the past decade, if the JB Danquah-Adu Murder Case, the Rosetta Stone or key to uncovering all other murder mysteries in the country, cannot be brought to a credible and definitive conclusion. We have already fairly extensively discussed the comparatively lopsided manner in which personnel of the Ghana Police Service (GPS) went about investigating the kidnapping and brutal murder of the four Sekondi-Takoradi young women and the three young white Canadian volunteers, and so do not find it necessary to rehash the same here, except to demand a more professional and serious attitude towards criminal investigations by members of the Ghana Police Service going forth from hence.