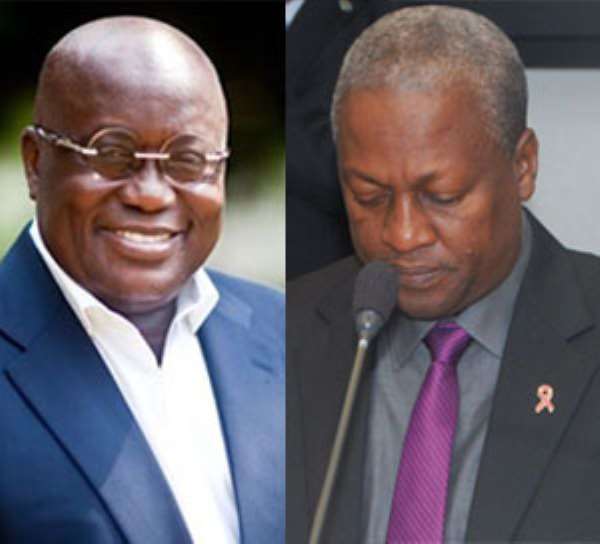 There is good news in the latest survey findings conducted by the Center for Democratic Development (CDD) on Ghana’s economy for the Akufo-Addo-led government of the New Patriotic Party (NPP) – (See “CDD Report Discredits IMF & World Bank on Ghana’s Economy” TheHeraldGhana.com / Ghanaweb.com 11/29/19). That good news is that approximately 60-percent of Ghanaians who claim that they believe the country is headed in the wrong direction, wholly based on their sense and feeling of economic wellbeing and comfort, also believe that the economy is poised to significantly improving within the next twelve months or in the leadup to the 2020 general election. Now, what this means but, predictably, TheHeraldGhana.com media website conveniently ignored to either analyze or properly put into perspective, is the glaring fact that a significant majority of Ghanaians also believe that Candidate John Dramani Mahama is absolutely in no way a viable alternative to the 70-something-year-old seasoned politician and statesman who roundly defeated the then-incumbent President of the Sovereign Democratic Republic of Ghana in the 2016 general election by nearly 10-percentage points.

At the time, the latter margin of defeat was widely acknowledged to be unprecedented in the annals of Ghana’s Fourth-Republican dispensation. The statistical breakdown of the Afrobarometer survey is not clear, so there are a few specific generalizations that the keen observer and critical reader can accurately make about the findings of this survey, the last of which, we are told, was conducted by Afrobarometer in 2017 or some 24 months ago. For instance, although we are informed that some 2,400 adult Ghanaians were interviewed over the two weeks and three-day period between September 16 and October 3 of this year. But we are not given a breakdown of the gender differentiation or distribution of the respondents or interviewees whose opinions on the national economy were solicited. We also don’t know the age ranges of those interviewed, as well as their diverse academic and professional backgrounds, as well as income levels, employment status and ideological backgrounds or political-party affiliation.

We also don’t know how many interviewees were selected in the survey from each of the 16 regions of the country, in a rough-total population of 30-million-plus people; and yet, HeraldGhana.com tells us that there is ± 2 margin of sampling error, which means that by international best practices standards, the CDD-sponsored Afrobarometer survey was accurate to the metaphorical decimal point. This is also good news for the ruling New Patriotic Party, except that 60-percent optimism is not exactly the palpable equivalent of liquid cash in one’s bank account. Put in simple English, Nana Akufo-Addo and his associates and governance appointees have their proverbial work cut out for them.

In other words, Team Akufo-Addo needs to work very hard and around the clock, literally speaking. It was, however, very predictable that the CDD’s Afrobarometer survey experts would question the prognosis of the Bretton-Woods Establishment of the IMF and World Bank’s positive assessment of President Akufo-Addo’s economic performance with the Ghanaian economy over the past 12 months, in terms of how such positive indices have meaningfully translated into the amount of money in the purses and wallets of the proverbial average Ghanaian citizen and/or resident. We are all well aware of this fact, because the workings of these figures are more relevant to governance efficiency than simply the level of liquidity or the availability of hard cash in circulation or within the system.

We also need to significantly put into perspective the stygian economic mess inherited by the Akufo-Addo Administration from 8 years of gross mismanagement by the Mills-Mahama regime. But, of course, even more significant ought to be taken into account the magnitude of employment-generating long-term projects put into place by the current government.

Assessment of ministerial nominees not on partisan basis – H...
20 minutes ago