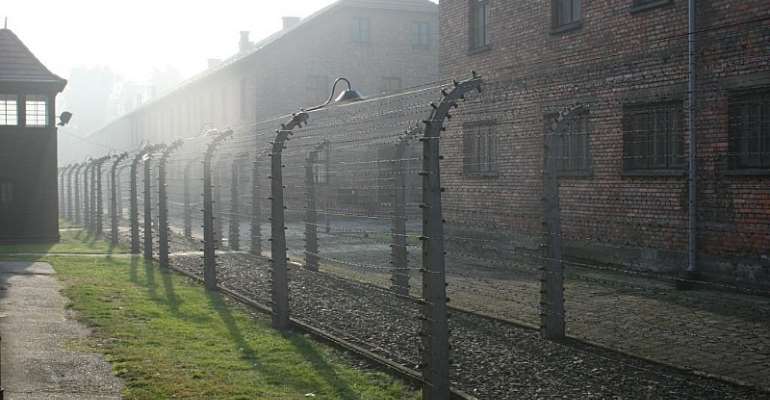 Angela Merkel has promised 60 million euros to help preserve the Auschwitz concentration camp. The pledge came on her first visit as German Chancellor to the site that was part of the Nazi killing machine that murdered an estimated 10 million people.

Merkel said acknowledging Nazi crimes was part of Germany's national identity in a message aimed at calls from far-right political figures for a shift away from a culture of remembrance.

"Remembering the crimes...is a responsibility which never ends. It belongs inseparably to our country," Merkel said.

"To be aware of this responsibility is part of our national identity, our self-understanding as an enlightened and free society, a democracy with rule of law," she continued.

Members of the far-right Alternative fur Deutschland (AfD) party have stressed that Germany should be lees apologetic about its Nazi-past.

Merkel said Auschwitz "demands that we keep the memory alive".

Currently, the Auschwitz-Birkenau Memorial and Museum receives about one million visitors every year.

“We know that the majority of them are young people,” says Paweł Sawicki, spokesperson for the museum.

The Auschwitz-Birkenau museum consists of the two large camps, the original multiple-story compounds inside the Polish village of Oświęcim (Auschwitz in German), where every room opens new, horrible memories: a room with piles of shoes, taken from prisoners who were to be gassed, tens of thousands of pairs of glasses, suitcases.

There is a gas chamber with a crematorium and the gallows where camp commander Rudolf Hoess was hanged after the liberation of the camp.

Gate of death
Outside the town is the vast Birkenau camp with its hundreds of brick barracks and its notorious “gate of death” under which hundreds of trains arrived with prisoners - mostly Jewish - on their way to be executed.

“It was actually a factory that produced dead people,” says Sawicki.

Most of the brick structures are gone, only some of the chimneys remain standing.

“The quality of these buildings is very weak, because the walls are just one brick thin."

In 2009, former Auschwitz inmate Dr. Władysław Bartoszewski, a participant in the Auschwitz uprising, created the Auschwitz Foundation. Its aim was to restore the buildings without changing the original structure.

The foundation also set about scanning tens of thousands of documents, paintings and diaries created by inmates and guards at the camp.

Original documents
“More than 40.000 documents have been saved,” says Sawicki.

“This is important because when people come to our archives they will be able to check scans of great quality so they don't need to touch the original documents."

Currently the Auschwitz Foundation needs about 5 million euros per year to keep the camp from rotting away. “We must do something now, because in a few years, it might be too late,” says Sawicki.

The German donation of 60 million euros will guarantee that the dark memory of Auschwitz remains vivid for another generation.