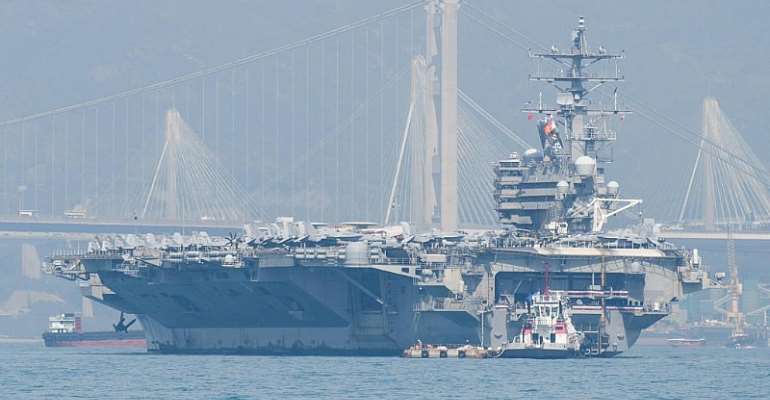 China suspended US warship visits to Hong Kong and said that American NGOs based in the territory announced sanctions against several U.S. non-government organizations for encouraging protesters to “engage in extremist, violent and criminal acts.”

Last week US President Donald Trump signed the Hong Kong Human Rights and Democracy Act of 2019 which requires the president to annually review the city's favourable trade status and threatens to revoke it if the semi-autonomous territory's freedoms are quashed.

The move came as the world's two biggest economies try to finalise a "phase one" deal in their protracted trade war.

"In response to the unreasonable behaviour of the US side, the Chinese government has decided to suspend reviewing the applications for US warships to go to Hong Kong for (rest and) recuperation as of today," foreign ministry spokeswoman Hua Chunying said at a regular press briefing on December 2.

The move is seen as largely symbolic as there are many other ports in the region that are capable of catering to US warships.

US NGO's “acting badly”
Hua also said that US-based NGO's which have representative offices in Hong Kong, will be “sanctioned,” without giving details, because they “acted badly in the storms of Hong Kong's judicial reforms,” referring to the months of violent protests against amendments to an extradition law that would allow Hong Kong to extradite anybody in the territory to China.

Hua said pointed at "a large amount of facts and evidence that make it clear" that these non-governmental organisations support "anti-China forces" and "incite separatist activities for Hong Kong independence."

She accused them of having "great responsibility for the chaotic situation in Hong Kong".

The rally heralded an end to a rare lull and a return to the large-scale demonstrations that Hong Kongers have staged for nearly six months, fuelled by growing fears that authoritarian China is stamping out the city's liberties.

It also marked a resumption of the increasingly violent confrontations between protesters and police, with officers shooting volleys of tear gas at crowds that included children.