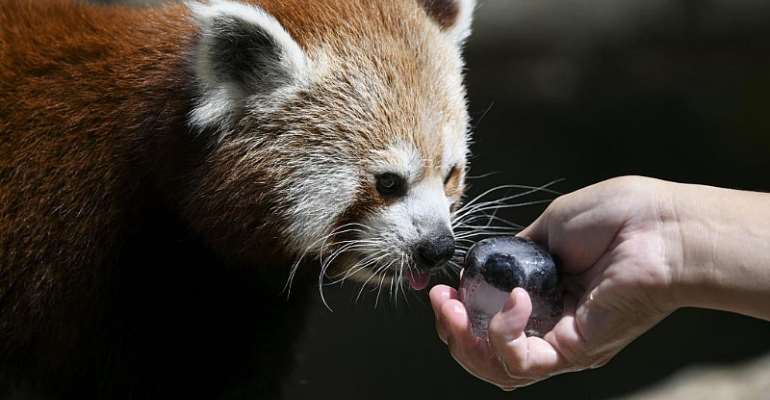 A zoo in central France said it found a runaway red panda on Saturday, a week after it escaped by scaling branches broken by snowfall.

The zoological park in Saint-Martin-la-Plaine said a man discovered the endangered furry mammal in his garden.

"We were called this morning around 8:15 am by a resident. He saw the red panda on a shrub in his garden," said park vet Dr Jean-Christophe Gerard in a statement.

A team headed immediately to the site and recovered the red panda.

"The little panda appears to be in good health and has not suffered from his stay outside the park, even if he is a bit thinner," Gerard said.

The three-year-old male escaped from the park last Thursday, taking advantage of heavy snowfall that brought down trees.

His female partner did not follow him out of the zoo.

On Wednesday, a driver spotted the animal some 10 kilometres (six miles) from the zoo but the police and zoo staff were unable to locate it.

The shy creatures spend most of their time in trees and are not considered dangerous.

Vets will be monitor the panda over the next few days to ensure his well-being.