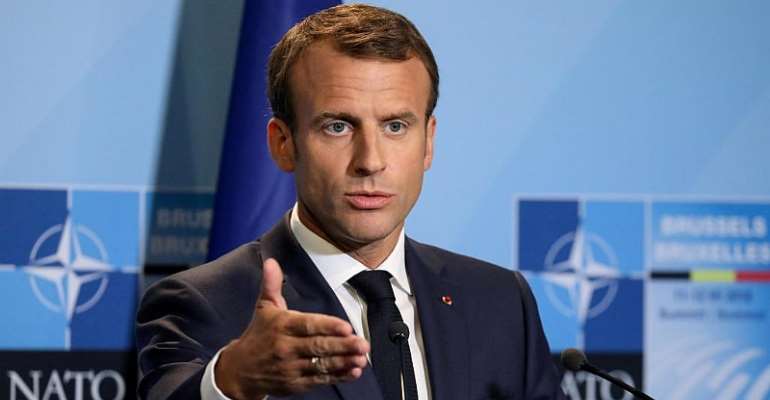 President Emmanuel Macron sent Nato partners reeling after he said the bloc was undergoing “brain death”. Deemed "unnecessary" by Germany, his remarks were praised as "golden words" by Russia.

"What we are currently experiencing is the brain death of Nato," Macron bluntly told The Economist magazine in an interview published Thursday, ahead of a Nato summit in London next month.

In the interview, Macron decried a lack of coordination between Europe and the US and regretted recent unilateral action in Syria by Turkey, a key member of the 70-year-old military alliance.

"You have an uncoordinated aggressive action by another Nato ally, Turkey, in an area where our interests are at stake," according to an English transcript released by The Economist.

The hour long interview was conducted at the President's gilt-decorated office at the Elysée Palace in Paris last month.

He was questioned over the effectiveness of Article Five whereby if one Nato member is attacked, all the others will come to its aid - and which many analysts believe underpins the alliance's deterrent effect. “I don't know," he replied, "but what will Article Five mean tomorrow?”

Europe can no longer rely on the US to defend Nato, Macron says

"Strategically and politically, we need to recognise that we have a problem" he said.

"We should reassess the reality of what Nato is in light of the commitment of the United States," adding that: "In my opinion, Europe has the capacity to defend itself."

She defended the 70-year-old military alliance as "indispensable" and said Macron's "sweeping judgements" were not "necessary".

Addressing journalists by Merkel's side, Nato chief Jens Stoltenberg warned that any attempt to distance Europe from North America "risks not only to weaken the Alliance, the transatlantic bond, but also to divide Europe".

Mike Pompeo, US Secretary of State, on a visit to the German city of Leipzig as part of anniversary events for the fall of the Berlin Wall 30 years ago, agreed.

"I think Nato remains an important, critical, perhaps historically one of the most critical strategic partnerships in all of recorded history," he told journalists.

'Strategic dialogue with Russia' Macron said it was crucial to seek rapprochement with non-member Moscow, which regards Nato and its expansion into ex-Communist bloc states with huge suspicion given that the alliance was set up to counter the USSR.

Macron is keen to broker an end to the conflict in Ukraine and has courted President Vladimir Putin as a partner.

"We need to reopen a strategic dialogue with Russia, without being naive and which will take time," the French president said.

"If we want to build peace in Europe, to rebuild European strategic autonomy, we need to reconsider our position with Russia," he insisted.