EU's ambitious 'green deal' is around the corner, but divisions remain 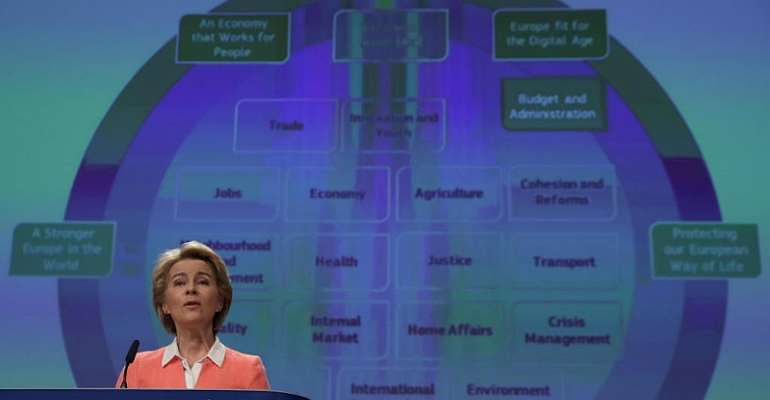 The EU is nearing its goal of becoming the world's first climate-neutral continent, as incoming European Commission President Ursula von der Leyen puts the finishing touches on her trillion-euro Green Deal for Europe.

The EU's first female boss, who wants climate change to be the hallmark of her presidency, says that within her first 100 days in office she'll present her plan for making net zero emissions the bedrock of EU policy.

Von der Leyen won her tilt for the European Commission presidency after pledging to reduce Europe's carbon emissions by at least 50 percent over the next decade – a major step towards fulfilling the EU's Paris Agreement commitment of achieving carbon neutrality by 2050.

Her grand vision consists of some 20 policy proposals including a Sustainable Europe Investment Plan that will support trillions of euros of private climate-related investments into the EU, and a carbon border tax to be imposed on imported goods.

Plans are also afoot to partially transform the European Investment Bank into a climate bank.

Despite growing momentum, ambitions for a green EU economy were thrown off course in June when several eastern member states blocked EU Commission attempts to agree a climate strategy spearheaded by a bloc-wide transition to clean energy.

While von der Leyen has promised “nobody will be left behind” by her just transition to renewables, Poland, the Czech Republic, Estonia and Hungary, whose economies rely heavily on fossil fuels, worry that reducing emissions to net zero by 2050 is simply not affordable.

Polish energy minister Krzysztof Tchorzewski has described as “fantasy” the idea his country could be carbon-neutral by 2050. But environmental groups refute his assertion that Warsaw would need a trillion euros to make the switch, while also pointing to widespread savings in the health sector.

"Europe's number one focus should be on coal, which still accounts for a large chunk of European emissions and which is the easiest technology to change," says Phil MacDonald, an emissions trading analyst at the British climate think tank Sandbag.

“We're beginning to see some cracks in the armour of the eastern European states and we're seeing possibilities of coal phase-outs being discussed in Romania and Hungary,” he adds. “What it's going to require, though, is real funding to get their renewables industries off the ground.”

The EU Commission estimates it will cost up to 575 billion euros a year for two decades for the bloc to reach the 2050 milestone, even if all member states make good on their climate promises.

Von der Leyen's team is to roll out a special fund to help more vulnerable countries through what will be an unprecedented energy transition. It's called the Just Transition Fund and is a key financing pillar of her Green Deal for Europe.

“The EU and its member states now have a lot more money to spend on climate action, thanks to the EU Emissions Trading Scheme (ETS),” says MacDonald.

“The price has risen so much in the past year, it's bringing in billions.”

Under the ETS, Brussels forces big polluters to pay for every tonne of carbon they emit with permits trading at around 25 euros a tonne.

“That gives everyone a lot more flexibility to increase budgets to spend money on things like energy efficiency, renewables and on just transitions for coal miners and other fossil fuel workers,” MacDonald adds.

As part of its decarbonisation drive, the EU has also been working on a classification scheme, or taxonomy, for sustainable investments that will set a clear standard on what is green and avoid “greenwashing”.

Nuclear power will be classified as a clean source of energy, despite opposition from Germany, Austria, Luxembourg and the European Parliament, who want to see more analysis on the potential harm of nuclear waste.