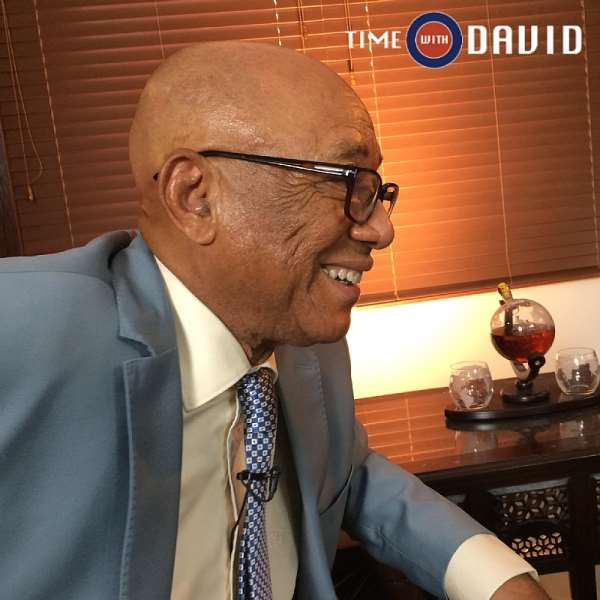 Justice Emile Short, was a guest on one of Ghana's longest running, developmental Talk Shows, Time With David. As has become the norm, the episode hosted by veteran broadcaster David Ampofo, will is likely to spark a lot of conversation and headlines. Here are some key statements from the conversation:

1. As the conversation began, David Ampofo quizzed Mr. Short on the report by the Commission of enquiry which he headed following the violent incidents during the by-election in Ayawaso West Wogon. Mr. Short stated that protocol does not permit him to discuss the report as its findings could still be appealed in a Court. When asked if he would ever be able to speak on the issue, Mr. Short said "I'm not sure I'd be able to talk about it ever. Because of my role"

3. Mr. Short asserted during the interview that, "The Police CID is not an independent body". This he explained is due to the presidential influence over the office of IGP, amongst other factors. After all, he is an appointee of the President which should not be the case.

4.Speaking on the Special Prosecutor and his office, Mr. Short made statements such as, "I was very pleased when Martin Amidu was appointed. He has made a lot of effort in trying to fight corruption" He also confessed, "I know what Martin Amidu has in court. The public has been inpatient and want to see high profile cases. His track record shows that he has the courage to address corruption"

5. He also asked for a more transparent Council of State. "Nobody knows what advice the council of state gives to the president and if he accepts it".

6. Mr. Short stated that in practice, we do not implement the death penalty. He advocated for it to be removed, because it does not act as a deterrent and there could be miscarriage of justice.

7. Emile Short declared that he is not happy with governance in Ghana at the moment. He stated that he does not think we are doing well, in the fight against corruption. He bemoaned the lack of commitment needed to achieve success.

8. In 1995, we set the precedence of investigating high level officers on allegations of corruption.

9. Speaking about huge campaign expenditure, as a cause of corruption, Mr. Short argued that politicians who spend exuberantly to be elected, "recover expenses by awarding contracts which are often overpriced".

10. He called for a situation where MPs who are appointed as ministers are made to give up their parliamentary seat to ensure proper oversight of the executive.

Police hunt for five members of kidnap syndicate in Savannah...
55 minutes ago