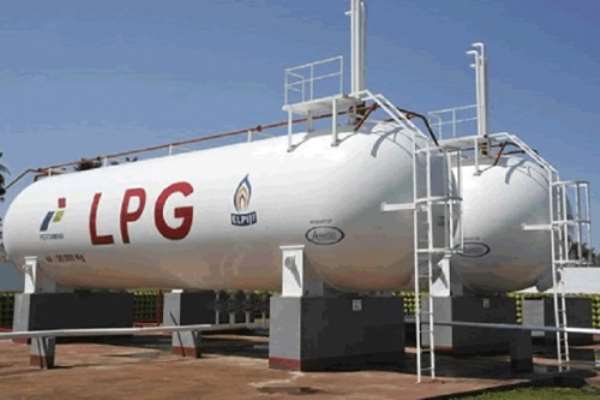 The Vice President of the Upper West Regional House of Chiefs, Daffiama Naa, Naa Dikomwine has joined calls for the government to reduce the price of Liquefied Petroleum Gas (LPG).

According to him, such action will encourage more people, especially those in the northern part of the country to patronize the product and bring respite to the masses.

“To achieve the government's objective of ensuring at least 50% of Ghanaians have access to safe, clean and environmentally friendly LPG for increased domestic, commercial and industrial usage by 2030, government must reduce the price of LPG,” he urged.

He made the call at the Upper West Regional forum on Cylinder Recirculation Model (CRM) held in Wa on Wednesday. The event was organised by the National Petroleum Authority (NPA).

The NPA is holding forums in the various regions ahead of the full implementation of the Cylinder Recirculation Model introduced by government.

The Cylinder Recirculation Model is the implementation model for the National LPG Policy, and it is aimed at providing direction for marketing and distribution of LPG in a safe and efficient manner, so as to facilitate an increase in access to LPG nationwide.

Chairing the engagement, the Vice President of the Upper West Regional House of Chiefs argued that people in the northern regions have been forced to depend on fire wood for domestic use partly because of the price of LPG.

“We have all been told all the northern regions consume only 4% with Upper West Region consuming only 1% of the total LPG produced in the country,” he stated, adding that “to embrace LPG use in order to limit if not stop, the depletion of the vegetation cover, reducing the price on LPG to make it more affordable is the way to go.”

Reacting, the Chief Executive of the National Petroleum Authority (NPA), Hassan Tampuli said the appropriate quarters would be engaged to critically review the plea put forward by the chiefs.

The NPA stated the implementation of the Cylinder Recirculation Module is critical to increasing LPG penetration in the northern regions.

“We have to move away from all these, bearing in mind that we want to be able to move beyond the current 23 to 25 percent penetration to a desirable stage of 50 percent consumption. So it has become necessary for us to do something different.

Mr. Tampuli stated that consumers will be more protected by the new module, adding that “I have said it before and it bears repeating that we cannot just leave our health, safety and security to other people.”

The NPA CEO said the engagement will continue in the newly created six regions to ensure all views are incorporated before the full implementation of the CRM policy.

“It would also ensure the availability of robust and standard health, safety and environmental practices in the production, marketing and consumption of LPG in the country,” he stressed.