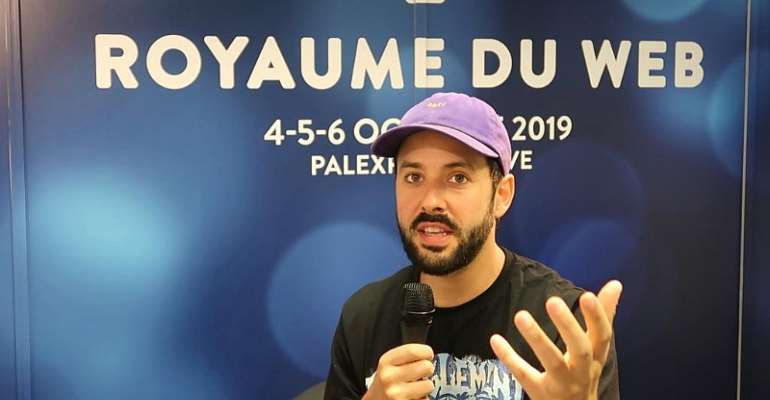 A decade or so ago, many Youtubers fed their channels with funny videos or computer game tutorials, but in recent years some francophone creators have begun engaging in sensitive topics and social issues.

Other French-speaking Youtubers have crossed over into journalism, going on assignments to report on war and humanitarian crises. The Swiss Youtuber Julien Donzé, nicknamed Le Grand JD, initiated this new trend with his video 'A Youtuber in Iraq' posted in 2017. The 26-minute video has been watched two million times.

“I think this video revolutionised a lot of things, and today many serious videos are inspired by this first video – even in the United States, I have barely seen any Youtubers address serious issues,” says Donzé.

The 32-year-old Swiss Youtuber has racked up over two million subscribers in the past ten years and reported on subjects as varied as the Rohingya crisis in Bangladesh to the consequences of palm oil cultivation in Borneo.

To learn and be informed
Youtube is evolving quickly. In France alone, 300 channels have over one million subscribers, and the number has doubled in just two years.

People's interests are shifting with the new trends, over a third of French users are watching Youtube videos not only for entertainment purposes, but to learn and be informed, according to a report published by Justine Ryst, Youtube France's director.

In October, 15,000 people attended the Royaume du Web convention in Geneva. The event gave fans the opportunity to meet their favorite Youtubers, and for three days they played giant table football and video games, taking selfies whenever possible.

Twenty-one-year-old Youtube enthusiast Alexia was among the fans. “We all grew up with these Youtubers. We were all children and now we are all becoming adults, our mindsets are changing, so I think it is good that everyone can change and evolve on Youtube”, she says.

Less successful
Although there is an audience for journalistic videos, they are not the best source of profit for Youtubers, Donzé explains: "In reality, making political videos or videos that involve a lot of work on a serious topic are anti-Youtube. It's incredibly long and costs a lot of money because you have to travel. And the result is that often the videos I make abroad are less successful than the simple ones.”

Even the creators who do not travel to the other side of the world are increasingly creating political videos that discuss social issues. Recently, topics such as online or sexual harassment have been brought up by creators known for posting funny videos.

France's most famous Youtuber Lucas Hauchard, known as Squeezie, has 13 million subscribers who watch him play games and make jokes. But in February he was moved to address the “Ligue du Lol” case in which a Facebook group of mostly male journalists harassed some of their female colleagues.

Like most of Hauchard's videos it was watched more than five million times despite being focused on a social issue.