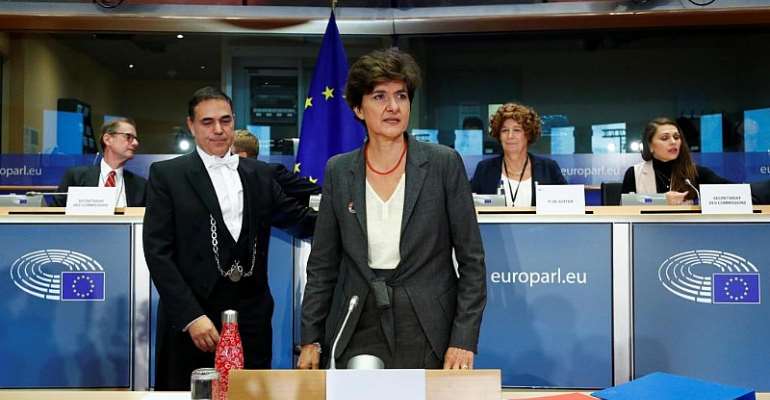 The European parliament has rejected the candidacy of Sylvie Goulard, French President Emmanuel Macron's choice to join the European Commission as a top official. The setback is a blow to Macron who had counted on Goulard's nomination to firm up France's position in a post-Brexit European Union.

Sylvie Goulard was France's choice to be the next head of European Union industrial policy.

She was the third nominee to be rejected during a marathon series of hearings on Thursday where MEPs also sent picks from Hungary and Romania packing.

Macron, furious, slammed the rejection, chalking it off as "petty" game-playing by MEPs.

He told reporters in Lyon that "France fought hard to secure this portfolio. I proposed three names to Ursula von der Leyen [the incoming European Commission chief]. I was told 'your nominee is great', and now they finally tell me they don't want her anymore. I need that to be explained to me."

Under investigation
Goulard, who faced two tense hearings by MEPs amid doubts over a series of scandals, was rejected by 82 votes to 29 and one abstention, several parliamentary sources told AFP.

From the start, the selection of this financial expert, had sparked criticism.

A former MEP, Goulard resigned in June 2017 from a short stint as France's defence minister after being questioned by investigators in a fake jobs scandal.

The EU Anti-Fraud Office also opened an investigation into the same case. Both proceedings are ongoing, but Goulard has not been charged.

Doubts were raised further about Goulard's activities at the Berggruen Institute, a US-based think tank founded by German-American billionaire Nicolas Berggruen, which paid her 10,000 euros a month for three years.

Macron fights on
"I'm clean," a frustrated Goulard protested at her first hearing earlier this month in response to questions from MEPs about the ethics of her position.

Lawmakers saw it differently, angered that Goulard saw fit to seek office in Brussels while ongoing scandals exclude her from being a minister in France.

President Macron maintains that Paris still wants to take charge of the powerful economic portfolio. He must now nominate a new candidate, but it is not certain that he or she will be given the same portfolio.