Why Africans Achieve More Outside Despite Hostile Environment 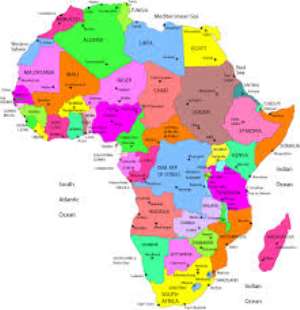 Most Africans that have not traveled or lived in foreign countries think once we get out, fertile enabling environment where our potentials will be appreciated and rewarded accordingly await us. In essence, that it is easier to succeed outside Africa. Please, you cannot blame us for that wrong assumption. Especially when we see our cohorts coming back to flash foreign currencies and exotic cars. If it is that easy, foreigners will not be leaving home for Africa to make a fortune.

Indeed, outside environment is more hostile and not as enabling as postulated by those that come back with easy money and vanities. By the time those looking for a land full of milk and honey realize that they have to work their butt off, twice or three times as they would have at home; they fight back vigorously or take a flight into desperation. Rather than starve, they improvise and make ways to survive in many ways; they would not even think of doing at home.

So when we see a successful African at home or hear about them abroad, we hardly know what they went through. Not many of them that worked day and night, tooth and nail spend their hard earned achievement incomes on vanities on social media. This should be a clue of how they made their money. There is that African proverb that if a hunter thought about what he went through hunting for meat in the bush, he would not share it with anyone at home.

Youths were never told that if they had stayed home and worked half as hard as they did overseas, they could have achieved twice as much. As beautiful as red hot fire is, it burns viciously. The achievers in foreign countries worked against the tide of mean spirited folks that they never encountered or imagined at home. Despite self-achievement, they take abuses.

Abuses from the same people who claimed they discovered Africa as treasure hunters and they will not stopped beyond 2020 with local aid. Even when the doors into their countries were open by special Visa, ours is always open for exploitation. The saddest part of the problem is that we have internalized whatever they called us and even called ourselves worse. We jubilate when they disrespect us with lazy epitaphs, steal Africa blind in order to spend in their economies.

Unfortunately, very little is said or known about Africans that died trying abroad until lately. Stories of those working two or three jobs, full time school and full time work are often forgotten once they achieve success. Oh yes, some of us would claim: they did all that at home and still failed. The same is true in every country, pay check to paycheck, no matter how rich or poor the country is. The top 5 percent or less control the wealth of each country. This is why some smart people claim that poor people work so hard, they hardly have time to think about how to get rich.

Even when Africans at home are told about the “suffer-head” abroad, many insist they would like to go through the same suffering. What they do not know is how they would end up: if they would come out successful, as criminals or alive. Anyone that can become drug courier knowing the punishment in Asia can hardly be dissuaded from the worst type of punishment abroad. So no matter how one tells the plain truth, they are bent on risking their own lives on trips abroad.

Recently though, other pictures of Nigerians on FBI list in USA, on death row in Asia and Saudi Arabia have spoken louder than voice or oral stories. Yet, it has not discouraged desperadoes from engaging in nefarious activities outside their countries. They have acquired warped or twisted mentality of bravery that a desperate man must do just about anything to survive.

There is also the tendency of those that suffered and worked hard to disrespect lazy people and blame them for their predicament since they were sleeping while their mates were hustling and working hard. There is a state in the U.S. where "Live Free or Die" is the official motto of New Hampshire adopted in 1945. Yes, there are unfortunate and unlucky people but too many of us looking for freebies hide under them giving them a bad name.

As a result of hard work by those that have made it, there are some resentments that poor folks do not work hard enough and many want an easy way out. On the other hand, within the poor, those climbing out of the misery barrels are pulled back by crabs that hate their guts. It suffice to say that poor people do not generally support one another. Their worst enemies are exploiters called Agents luring out gullible youths to “success”, only to sell them into slavery and prostitution abroad.

Hunger in a foreign land or even at home spur many into different directions. Flight or fight response can lead you into solutions for the needs of others, spur you into crimes or succumb to diseases and death. Ironically, direction for solutions to needs that leads to success or into crime may utilize the same brain power depending on your disposition. We do not need to go into crime, when we can find solutions to the needs of others that can make us wealthy. Maybe not rich but satisfied.

Those who claim that every project that they have tried failed because of their village people (witches) must realize that it is those that kept trying, getting up each time they fall that finally succeed. When we talk about being lucky, we mean being at the right place at the right time. This is why we tell our children to be prepared in case opportunity comes knocking. As the opportunity knocks, must you have required skill, apprenticeship, degree or strong will to offer. Indeed, skill or education expand prospect.

When Nigeria cut off school remittance and support for foreign students during and after the War, many students were left stranded. They just did not how to survive without scholarships from Government or money from their parents. Nothing to fall back on. Those students that were in full time studies and full time work, dismissed them as lazy spoiled brats. Brats were in the same class as hardworking students.

Many of these hardworking students even send money to their parents at home and in some cases support a brother or sister at home. It will be foolish to expect such hardworking students to pity their classmates that became stranded. These students were living big driving Mustang and living in apartments while their poor classmates were sharing rooming houses. Yet, they never told how they suffered and became homeless or criminals. What about those that are not as strong willed for success?

But then, youths are right to grief about the consequences of lack of planning for today and the future by those that were supposed to have known better. The sorry cases are those living reasonably well still insisting on selling their houses, tippers, cars and laying off their employees so that they could buy tickets and Visa to travel into the unknown.

It is true that some rich people do not tell their stories because of bringing up painful memories. So when we tell them how lucky they are to reach such heights, some smile while others curse. The fact is nobody is born into this world totally devoid of talents. It takes individuals to utilize talents. One could not believe his friend that came home looking for prospects to settle down when he was told: If I had saved the money to acquire what you have, I would stay in Africa!

The author has 531 publications published on Modern Ghana.

Cargo With Foodstuff Grounded At Techiman Market Over Covid-...
10 hours ago