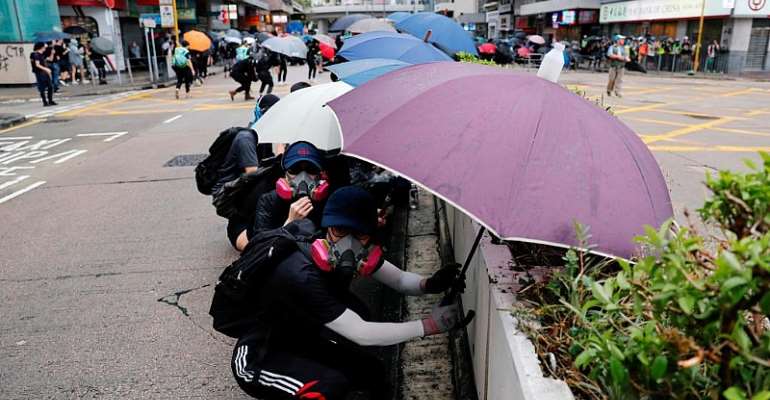 China's embassy in Paris on Monday slammed the France and the EU for what it termed its "criminal" support for Hong Kong protesters and criticism of the police clampdown.

Accusing the EU of having "publicly glorified the abuses of rioters", the embassy said the EU's call for de-escalation and restraint was "criminal and very dangerous" and amounted to an attack on the Hong Kong police's right to self-defence.

The embassy reacted to remarks by a French Foreign Ministry spokesperson on October 3 and a similar statement by the EU one day earlier, expressing concern over the use by police of live rounds against the Hong Kong protesters.

“Fundamental freedoms, including the right of assembly of Hong Kongers must continue to be upheld and the possibility to hold peaceful demonstrations must be ensured.

“These rights must be exercised peacefully. Any violence is unacceptable and any action by the law enforcement authorities must remain strictly proportionate," emphasising the need for "dialogue, de-escalation and restraint". The criticism started with a European Council statement on October 1,

"Irresponsible"
The Chinese embassy called the statements "irresponsible" and expressed "strong discontent and profound contempt" in the face of what it called Europe's "hypocrisy and the darkness of some people's intentions with regard to China".

The statement was posted on the embassy website on Monday and attributed to the mission's spokesman.

The statement showed Beijing's displeasure with Hong Kong protesters who issued “absurd demands” to “force” the governments in Beijing and Hong Kong and “gave themselves to violence” coinciding with “October 1st, the day that China celebrated the 70th anniversary of the founding of the People's Republic.”

It also took aim at France, which echoed the EU's statement of concern last week over the police's actions in Hong Kong.

Yellow vests
"France too has been grappling with long periods of violent protest," the embassy said, referring to the anti-government "yellow vest" protesters who have demonstrated every week for the past year.

Noting that French police too had been criticised over their handling of the protests, the embassy asked that France show it the same "empathy" it had received from Beijing.

China's ambassador to France Lu Shaye made headlines earlier this year with an equally virulent attack on Canada, where he was posted before his move to Paris this summer.

In January, he accused Canada of "white supremacy" for calling for the release of two Canadians detained in China, days after Huawei executive Meng Wanzhou was arrested in Canada at the request of the US.